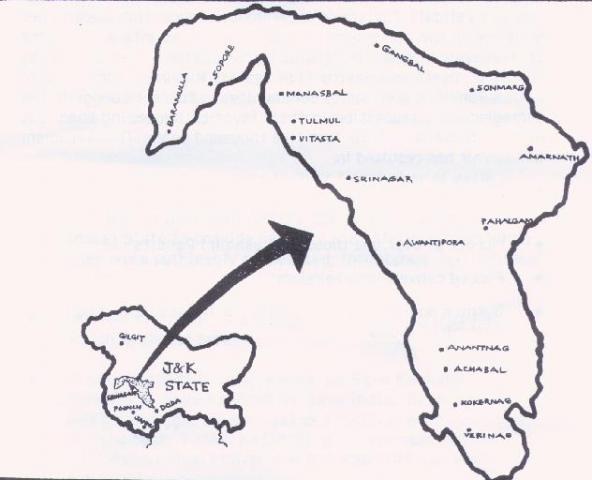 New-Delhi / J & K : Displaced Kashmiri Pandits today expressed their frustration
at the continued official apathy displayed by the government towards their
plight. Speaking during a seminar,  “22
Years in Exile- Should Kashmiri Pandits Look Beyond the Nation for Solution?”
various community leaders castigated the successive governments both at center
as well as Jammu and Kashmir for displaying a pathological insensitivity towards
their aspirations.

Speaking during the seminar organized by Panun Kashmir, a frontal
organization of displaced Kashmiri Pandits, BJP leader and Rajya Sabha MP, Ram
Jethmalani accused the UPA government of lacking the will to resolve the
Kashmir issue as it is "too deeply involved in scams". The noted
lawyer claimed a track-II initiative in which he was involved had nearly found
a solution acceptable to both the countries. The proposals had the backing of
the then Pakistan President Musharraf. Ram Jethmalani claimed Musharraf held
the best opportunity for India in solving the vexing issue.
Referring to track-II diplomacy during Musharraf”s regime, Jethmalani said
despite being a dictator, he was "one of the greatest friends India
had" and talked about a set of proposals a friend of the military ruler
brought to him for resolving Kashmir issue. He lamented that "government
of India never had the time to settle Kashmir".

He said the UPA government had been "too deeply involved in scams"
and can only do something when it "gets out" of scams. "This
government should go. If opposition unites, it can be knocked off in two
months. There are good people in Congress too. May be a coalition can be formed
of good people from Congress and other parties," Jethmalani said. About
recent initiatives, he said, "The interlocutors have prepared a report. I
have heard it is a fairly useful document…you (Pandits) should pressurize the
government. Referring to the displaced Kashmiri Pandits Jethmalani asserted
they had been failed by the mis-governance of the Indian state, which otherwise
should have ensured their return to homes in honour and dignity."
Earlier, Panun Kashmir convenor Agnishekhar said the Pandits are victims of a
"civilisational clash" and feel "unwanted and neglected".
He asserted Kashmiri Pandits are being forced to look for options in their
quest for seeking justice. Dr. Agnishekhar further said the government was
testing the patience of displaced people. Several other speakers said that they
were anguished that efforts were being made to talk to separatists but
"not to us". Supreme Court lawyer Ashok Bhan said Indian government
has an obligation to "retrieve" Kashmir while Capt. S K Tickoo , who
was earlier involved in the counter insurgency operations in Kashmir felt the community
should approach international organizations like the UN seeking a territory for
them outside India, preferably in north America. While addressing the gathering
senior journalist Kanchan Gupta said Kashmiri Pandits should make the question
of their return non negotiable. He compared their condition with that of Jews
and said once Kashmiri Pandits regain their homeland no power could then evict
them from there. Kanchan Gupta disagreed with the commonly held view of
engagement with .
He said India shouldn’t be concerned internal developments in Pakistan and
should be concerned about what it possesses now.