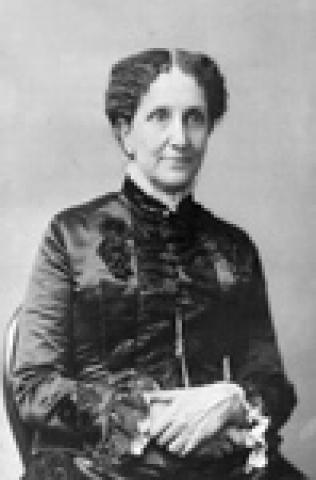 Interestingly, why is the government considering requiring insurers to cover prayer treatments but not treatments by unlicensed nutritionists that are not registered dietitians? Since you don’t need a license in California to call yourself a nutritionist (but not a dietitian) anyone can print up business cards and "treat" clients by recommending special diets, natural foods, or supplements sold online and at health food stores.

Some nutritionists call themselves light workers, health educators, or medical communicators. Their job is to educate the public with information. But what about those that treat patients with prayers for pay–rather than the usual volunteers from any religion that pray for the sick?

You can be self-trained and still call yourself a nutritionist. But there’s no Senate health bill that would let chefs, for example, bill clients for recommending menus based on, say, their body shape, blood type, or finger print patterns. How come there’s a bill in the health care overhaul bill floating around the Senate that would require insurers to cover prayer treatments as medical expenses, and perhaps allow certain prayers to be charged similar to what you would pay doctors for treatments?

Will the government support religion or maintain separation of church and state when it comes to passing or not passing a Senate health bill that would allow pay for prayer treatments–and pay at similar rates to what you’d pay to doctors?

There’s a provision in the Senate that’s included in the health care overhaul bill that would require insurers to cover prayer treatments at the same price as usual medical expenses. Currently the provision, inserted by Senator Orin Hatch, R – Utah with the support of Democrats John Kerry and the late Edward Kennedy (Massachusetts), applies only to the Christian Science religion because the Christian Science Church currently charges for prayer treatments starting at $20 daily. See the November 3, 2009 Los Angeles Times newspaper article, "Healthcare provision seeks to embrace prayer treatments — latimes.com."

What about all the other churches from "new thought" to "religious science?" Also see, the book, "From Christian Science to Jewish Science: Spiritual Healing and American Jews. By Ellen M. Umansky. New York: Oxford University Press, 2005. 245 pp. Or look at the article, "Prayer Fare: A Look Back at ‘Jewish Science‘ – Forward.com."

After all, according to that article, "Much like Christian Science, Jewish Science holds that prayer is the key to inner happiness and to physical well-being. Minimizing the role of both ritual and social action, it emphasizes the power of “auto-suggestion” and the efficacy of devotional activity. Unlike Christian Scientists, though, Jewish Scientists are not averse to seeking medical help, when necessary."

The problem, though, is that Christian Scientists do seek medical help when and if they choose because there is no church doctrine forbidding the use of medical treatment if and when any Christian Scientist wants to visit doctors, go to medical school, or become a registered nurse, naturopath, or dietitian. Just ask any medical doctor who is a member of the Christian Science church.

The real controversy is separation of church and state as well as the idea that any other church or religion could ask to be reinbursed for faith healing through treatments solely by prayer. The Christian Science church offers prayer treatments as an alternative to conventional medical care. There are various Christian medical and dental associations. See the article, "Obama weighs patient rights vs. doctor’s conscience | csmonitor.com."

Do you feel that professional prayers that get paid to pray for healing for others (and themselves) should be paid at the same rate as doctors for medical treatments because they use prayer instead of medicines?Should spiritual healing be paid by insurers at the same or similar rates you’d pay a doctor for an exam and treatment with drugs?

Is there a price tag on prayers as your daily job? Can you support yourself financially as a paid prayer practitioner? Do you pay taxes from your income praying for clients? Ask the IRS. The Internal Revenue Service lets you deduct the cost of Christian Science prayer sessions if you itemize prayer treatments under medical expenses.

Some insurers won’t pay for naturopathic treatments with foods, vitamins, minerals, and herbs, so-called nutritional cures. Other plans allow for consulting naturopaths and homepaths. It depends upon the insurer.

Do prayer treatments work? On one hand you have the cases of people getting instantly cured by faith healers, usually adults. On the other hand, you have children dying because the parents chose prayer instead of treatment of a child for a disease such as diabetes or cancer. Some say prayer works if you believe it works. Others say your brain has to be hardwired for a strong faith for you to believe it works. Matters of faith can’t be proven or not proven.

The point is, prayer works for some. And people with a strong belief usually are healthier. So prayer works. And you don’t know until you keep trying it. See the article, "Prayer and Faith Healing, Proof that prayer works." A 1995 study from Dartmouth College in Hanover, N.H., monitoring 250 people after open-heart surgery concluded that those who had religious connections and social support were 12 times less likely to die than those who had none. Also see, "Cambridge Educational – Does Prayer Work? A Medical Perspective."

See the video, " the MANTRA clinical study, the largest multifaith prayer experiment ever devised. A three-year effort to find a causal link between prayer and physiological healing, the project generated a high degree of skepticism among scientific purists and religious leaders.

Does prayer work for some but not for others? The same might be said about some drugs. But spiritually speaking, insulin, for example is just as much a gift from a higher power working through scientists to invent it to help diabetic children that would otherwise perish with or without prayer. Do parents realize that sometimes prayer needs common sense?

It’s a big controversy in that bill. The idea is that Christian Science methods which is prayer is treated as a medical expense. The Christian Science church has paid prayer practitioners. If the bill passes, how many other churches will hire paid prayer practitioners to add onto the volunteers that still pray for the sick? Does anyone get well? Was it the prayer, their faith in the prayer, or their specific blood type and genes that warded off the medical condition?

Around 1919, private insurance firms actually started to pay for church prayer treatments for the prayers given by paid Christian Science Church practitioners that heal by prayer rather than drugs. Church members also adhere to nutritional suggestions as suggested by Christian Science religion founder, Mary Baker Eddy, in Boston, MA, around 1879. (She lived until age 93.)

On the other hand, criminal courts have more than two decades ago, convicted Christian Scientists in cases where their children perished by relying solely on prayer practitioners when they could have gotten treatment from doctors for diseases that don’t go away naturally, such as type 1 diabetes, leukemia, pneumonia, or cancer.

When checking federal medical programs for civilian and/or military families, you’ll notice forms for reimbursement for prayer treatment. So is there discrimination against other religions seeking reimbursement for prayers when offered for medical treatment by paid practictioners that pray for the sick or rather treat people medically with only prayers?

When you look at politics, news reports note that Nancy Pilosi, D- San Francisco "stripped it from consolidated House bill" early in November, 2009. What happened was that a few members said it was unconstitutional. You have to keep religion and state seperate.

Right now the health committee has the bill in the Senate. It’s a provision in a bill. As of November 4, 2009, according to the Sacramento Bee news article, "Senate health bill would pay for prayer treatment," Senate Majority Leader Harry Reid, D-Nev. is considering whether to include the provision in the consolidated bill he will be sending to the Senate.

Whether the bill passes or not, how do you feel about paying for prayer treatment–at the same prices your doctor might bill you? Should you pay the same fees as you’d pay to a doctor? More or less? The prayer practioners currently are paid.

And what if you do prayer treatments for pay and belong to another religion? Would it be fair and equal for such a bill to apply to any religion or just the Christian Science church based on a long history of already having paid prayer practitioners? What would you like to see done with prayer treatments?

Filed under: Lifestyle, Politics
Share Tweet Pin G Plus Email
previous article: Report Denies That Ceylan Ã–nkol was Killed By a Mortar Blast
next article: Healthier ice cream with fiber and antioxidants is being researched by food chemistry scientists