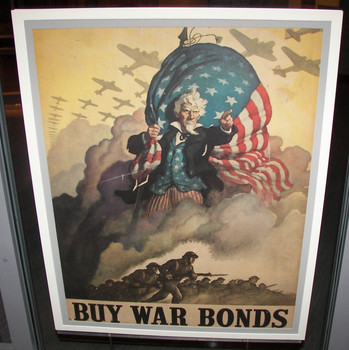 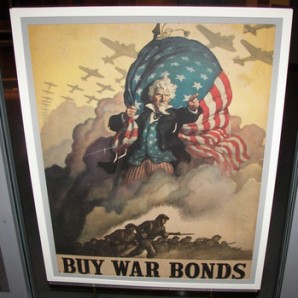 I gave a speech back in 2008 to a very large audience in Topeka, when I ran for the Kansas State Senate, where I asked a rather simple question: “Should Americans be taxed to help fund the unfunded wars in Iraq and Afghanistan ?”

I still remember the reaction of many people in the audience was one of stunned amazement and shock, as my young campaign manger came running out to advise me against saying anything even hinting at new taxes right now.

At the time we were, as a nation, heavily involved in both Iraq and Afghanistan and the debt was close to a trillion dollars.

Since that time the costs of those wars have doubled.

The other part of the question was also a humdinger:

“Or should we instead leave it for our children and their grandchildren to pay for it?”

Many people I talk to after the event said “they should not have any new taxes under any circumstances, including a war tax, which they thought was a terrible idea. They, also made it clear did not support that. In my personal opinion they simply want to shift responsibility to someone else to deal with it later on.

The only problem is, by doing so however it becomes a hell of a lot more expensive for everybody to pay for it in the end!

This was a huge problem then, as it is also today.

One that is getting worse over time, as the interest on the debt for war keeps accumulating and adding to our already bad fiscal situation in this country.

Frankly speaking, It has become far too ‘easy’ some say for presidents to commit us to war.

Why should we care, I suppose, when other peoples’ children fight, die and are wounded.

Only a tiny fraction of the country, after all, is mobilized and actually sacrifices.

Even then it is conducted on “borrowed money” from the Chinese and other nations.

Would it be too much to ask at some point that we at least fund the war, like we used to do in the past with “war bonds” and taxes?

Often when I bring up the issue of the unfunded wars in Iraq and Afghanistan people assume that they are paid for – we’ll let me assure you right now they are not paid for with anything more than IOU’s at this point.

Even if the war in Afghanistan ended tomorrow – we will be paying for this particular war for many years to come.

It should be understood, especially with Memorial day aright around the corner that we all are in this together where the war is concerned. It is time, I think, we begin to owe up to the responsibility of its cost. Through a war tax. Sadly the Republican would never do that and the Democrats don’t support such an idea (see article: Pelosi: House Dems Don’t Support Afghan War Taxhttp://www.huffingtonpost.com/2009/12/03/pelosi-house-dems-dont-su_n_378701.html ).

One way we could fund the war is “war bonds”, like our parents did in WWII (see video: 40’s Buggs Bunny War Bonds Commercial http://www.youtube.com/watch?v=-eeRil0-Ack ).

War bondsare basically “debt securities” issued by a government for the purpose of financing military operations during times of war.

War bonds generate capital for the government and make civilians feel involved in their national militaries. This system is also useful as a means of controlling inflation in such an over stimulated economy by removing money from circulation until hopefully after the war is concluded. At that point, the funds could be liquidated and serve as a stimulus to encourage consumer spending for the economy transitioning to peacetime activity.

Such things are not even mentioned, by anyone in Congress today, who does not even have the guts to declare war in the first place.

Neither does the President, who no longer is required to seek a formal resolution from Congress for war, something he is required to do by the Constitution, article 1, section 8 makes it perfectly clear that no president can go to war unilaterally, without the permission of the Congress.

See article: Violating the Constitution with an Illegal Warhttp://www.lewrockwell.com/paul/paul57.html

I guess there is nothing we can do about all the illegal undeclared wars we involve ourselves in as a nation, but the least we can do is fund it properly so our children and grandchildren are not saddled with generational debt.

Filed under: Bonds, Business
Share Tweet Pin G Plus Email
previous article: Gunmen, who shot Malala in the face – will have hell to pay for their sin!
next article: “The U.S. is moving toward an appeasement deal with Iran”, said Rep. Ted Poe