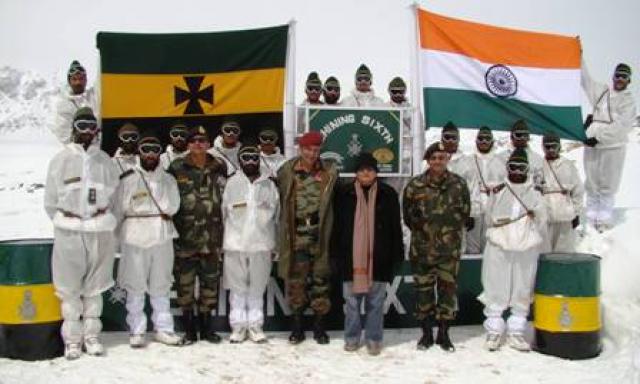 On 13 April 1984, troops of Northern Command launched operation  MEGHDOOT to prevent army from clandestinely occupying the glaciated Siachen. The strategic passes of Bilafond La and Sia La were occupied by our troops braving the inhospitable weather and terrain.

According to defence spokesperson,the area referred to as the highest, coldest and perhaps unforgiving battlefield has witnessed the indomitable courage and supreme sacrifice by our undaunting soldiers. The Siachen Brigade has won numerous bravery awards to include one PVC and Ashok Chakra each and 4 Kirti Chakras, 12 Shaurya Chakras, 7 PVSM, 10 Yudh Seva Medals, 5 VSM and 90 Sena Medals.

Spokesperson said that the occasion of 25 years of Op MEGHDOOT was observed solemnly by paying tributes to the martyrs at the war memorial at Base Camp. The commemoration of the silver jubilee was attended by the Army Commander Lt Gen PC  Bhardwaj PVSM, AVSM, VrC , SC , VSM accompanied by Mrs Deepa Bhardwaj and  Air Marshall PS Bhangu AVSM, VM.

Wreaths were laid at the Siachen war memorial on the occasion. A first day cover was released by the Army Cdr and in his address to the troops; he congratulated the men for their spirit and courage and cited the martyrdom of those brave soldiers that will continue to inspire us to carry out the task of guarding the icy frontiers with patriotic fervor and extraordinary passion to surmount challenges.