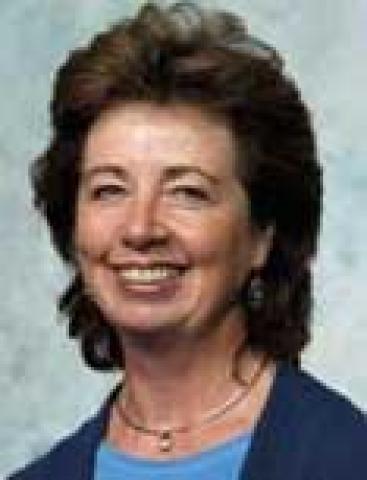 With all the fireworks over health care in the Democratic primaries, John McCain’s health care views should be considered in the context of the tanking economy.

Household mortgage and consumer debt now add up to an unfathomable $12 to $13 trillion, and millions of American families are faced with foreclosure of their homes.

Even before this meltdown, one in six insured Americans were having “substantial problems” paying their medical bills, not to mention the 47 million with no health coverage and little prospect of getting it.

The constellation of foreclosures and staggering consumer debt with unpayable medical bills is a chilling prospect. The 1930s images of soup kitchens and Hoovervilles come to mind. We might have to start talking about McCainvilles with his open embrace of market-based approaches that will offer little relief to those staring into the abyss.

Nowhere is that more evident than in his health care proposal, which is grounded in the failed health policies of the Bush administration and its advocacy of market-based schemes like high-deductible health savings accounts.

McCain’s main health care ideas are increased corporate competition to supposedly limit rising costs and tax credits to encourage the uninsured to buy insurance. Neither will do any more than perpetuate the dismal status quo.

Once-a-year tax credits mainly help the healthy and well-off, the same people who benefited from the Bush tax cuts he supported. Those who need coverage most will still be unable to afford premiums that now average over $12,000 per family, not including skyrocketing deductibles, co-pays, drug and hospital charges, and other fees.

McCain’s view that increased competition will constrain costs is equally suspect. Under the stewardship of a market friendly administration the past decade, premiums have jumped 87 percent, far outpacing inflation and wage increases. Insurance companies don’t compete by delivering more care or lowering prices. They compete by harvesting more customers and slashing their costs.

The most extensive assessment of McCain’s record has been compiled by the AFL-CIO which warns that his plan “undermines existing employer-based health care and pushes workers into the private market to fight big insurance companies on their own. It will reduce benefits, increase costs and leave many with no health care at all.”

How does it do all that?

First, the small tax credit he proposes is insufficient to cover the current or future cost of premiums. Individuals will bear a greater burden for their health care costs, encouraging more to face financial distress while also worrying about their job, mortgage or rent, or they will self-ration needed care.

Second, McCain wants to promote the selling of insurance policies “across state lines,” code talk for deregulating existing protections that a number of states have established to set some minimum standards in quality and benefits. The inevitable consequence would be to undermine current standards and reduce quality coverage and public protections. Deregulation, of course, is always about the third word out of the mouths of Republicans and their neo-liberal Democratic counterparts.

Third, McCain says he wants to “eliminate the bias” toward employer-sponsored health benefits, by cutting tax advantages employers receive for offering coverage. It’s not hard to guess where this will lead—a tsunami of employers dropping their health coverage and pushing their employees into the private market to fend for themselves.

Fourth, his advocacy of health savings accounts, a boondoggle created by Bush that primarily benefits wealthier and healthier people and, of course, the banks and other financial institutions. By siphoning off that population, HSAs deplete funds for other insurance risk pools, which then have a higher concentration of sicker and lower-income people—yet more encouragement for those insurers to further jack up their charges, pricing more people out of access to care.

Finally, nothing in McCain’s approach stops the disgraceful abuses intrinsic to the insurance-based system, including the routine denials of needed medical care and refusal to assure coverage to people who are sick or have pre-existing conditions. The insurance companies will continue to make out like bandits, while the fraying of the social safety net grows and ever more people are abandoned.

To sum it all up, the McCain campaign could just as well use these simple marketing slogans for their plan: Don’t Get Sick in America, or You’re on Your Own.