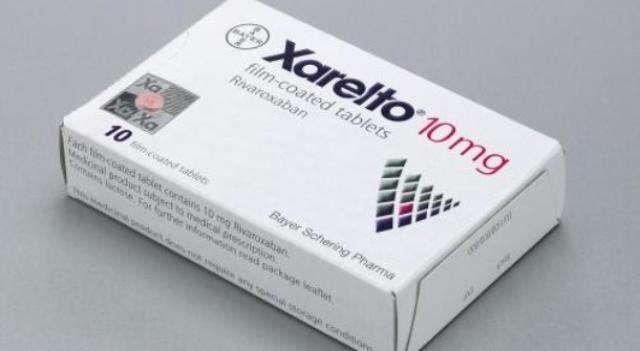 Xarelto is contraindicated for patients allergic to it, those at a high risk of bleeding, pregnancy or breast feeding states, liver diseases and when taking certain medications like itraconazole, ketoconazole, ritonavir, and many others.

Side effects of this drug can be grouped into 3: common, uncommon and rare.

Common side effects of this drug include: Fever, edema of extremeties, nausea, vomiting. Others are bleeding states for example, gastrointestinal bleeding, nose bleeding, brain hemorrhage, bleeding from the genitals, gums, adrenal glands, rectum, eyes, heamoptysis, hematemesis, post procedure bleeding. Hypovolemic shock can also develop if bleeding is not well managed. Common side effects could either occur singly or in combinations or worsen a patient’s existing condition.

Rare complications that could result from ingestion of this drug include: dermatitis, liver problems, malaise, urticaria, and fainting. This commonly occurs in the event of overdose of a given drug or usage over a long period.

Patients who tend to experience these side effects ought to be withdrawn from taking this drug and another anticoagulant prescribed for their medical condition.

From the above list of side effects, bleeding seems to be the commonest and has a worse r outcome in the event that hypovolemic shock develops. When such a state is reached, end organ damage sets in and vital organs are damaged. In hypovolemic shock, the commonest organs affected are the kidneys which lead to acute renal failure.