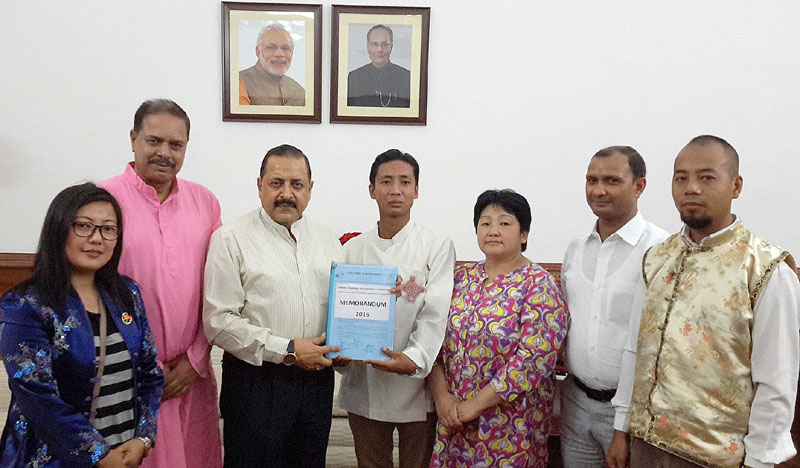 Dr. Jitendra Singh appreciated the self-discipline and hard-work with which the people of Sikkim have achieved exemplary literacy rate and growth rate.

Referring to Prime Minister Narendra Modi’s recent visit to Sikkim, Dr. Jitendra Singh said, this only authenticated the high priority that the Prime Minister attaches to Sikkim. He also lauded Sikkim’s progress as the most developed State of the country in the field of organic farming and said, the Union Budget has allocated exclusive funds for organic farming which, in years to come, may become a very important option for young entrepreneurs and new start-ups.

The delegation also submitted a memorandum seeking reservation for Limboo/ Tamang community in the Sikkim Legislative Assembly. The memorandum demanded that the reservation for Limboo/ Tamang may be considered out of 17 unreserved Assembly seats and that the strength of State Legislature may be increased to 40. In addition, it also suggested that, in the event of any new community being declared as Scheduled Tribe in future, the same may also be accommodated within the proposed overall increased size of 40.