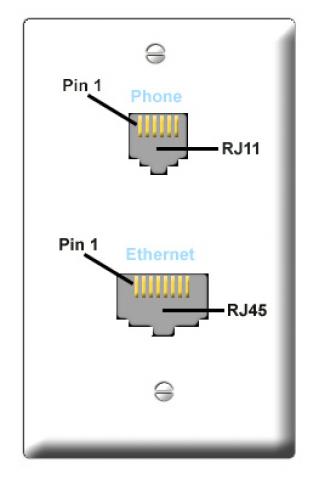 In the early years of the Internet revolution, many homes had only one computer. At that time, relatively few people used the Internet, and many others saw no real benefit to plugging into the new frontier known as “Cyberspace.” However, many families find that the Internet is a resource that is quickly becoming a large part of their everyday lives.

Many homes today have more than one computer. There may be a computer that mom and dad use and then another which the kids use. It is beneficial to separate these two computers but still share the same Internet connection. As an added benefit, mom or dad can setup “Remote Desktop Connection,” which makes it possible to login to your children’s computer and get a bit nosy, or simply lock down certain features, all from the comfort of your own computer.

If you are looking for a simple way to network your home then doing so through your existing phone lines might be an option for you. Most homes and apartments have an existing phone line, which consist of six wires. Only two of these wires are used for your telephone and in most cases are a blue and a white/blue wire. The other four wires are not used by anything and can be used to network your computers through a router, even if they are in different rooms.

I use phone jacks that have an RJ45 and RJ11 plug on the same cover. This gives me one jack for the regular phone and one jack to connect the Ethernet cable. It also looks a lot nicer than leaving wires hanging out the big gaping holes in the walls. These special covers can be purchased at Radio Shack, or even Lowes. For my network, I use a router so that I do not have to worry about patch cables or extra NIC (Network Interface Card) cards in my computer for ICS (Internet Connection Sharing). My router is just a basic Speedstream two port router.

The first thing to do is to remove your old telephone jack and install the new RJ11, RJ45 jack. The phone line is generally located at the top of your new dual jack and has only six screws with wires attached to them. Your two telephone wires should connect to pins three and four on the back of the RJ11 jack. You can determine which one these are by looking at the color of the wires already attached. Pin three should have a red wire attached to it and pin four will have a green wire. If you are in doubt hold the cover with the back facing you and the RJ11 jack on top. Start by counting the screws from the top right and go clockwise. The top right screw is number one, and the same thing applies to the RJ45 jack.

You can do these wires in any order that you want, but you must make sure that it is the same on all of your jacks. So far, I have only been able to connect two devices at a time and I only get 10 MBPS. However, that is plenty fast and I have not had any problems with my network at all. My next project will be to replace all of the telephone wiring and installing CAT5 cable at the same time to get a fast 100MBPS network going.

I have noticed that the telephone lines are not as good at handling the bandwidth as CAT5 Ethernet cable. There is also a problem with the faster Gigabit NIC cards. If after you have set your network up and it is having some speed issues or you seem to be losing packets, you need to lower your NIC setting to 10 MBPS Half-Duplex. You can do this in Windows XP by going to “Start,” “Accessories,” “Communications,” “Network Connections,” right click on “Local Area Connection,” “Properties”, “Configure,” “Advanced.”

I hope this tutorial has been some help to you in setting up your own personal network in your home. It is a very decent way to go and it really cost nothing considering your home is already wired for it. I must make mention of the fact that not all homes are wired the same and the colors of the telephone lines may vary but the principles are the same.