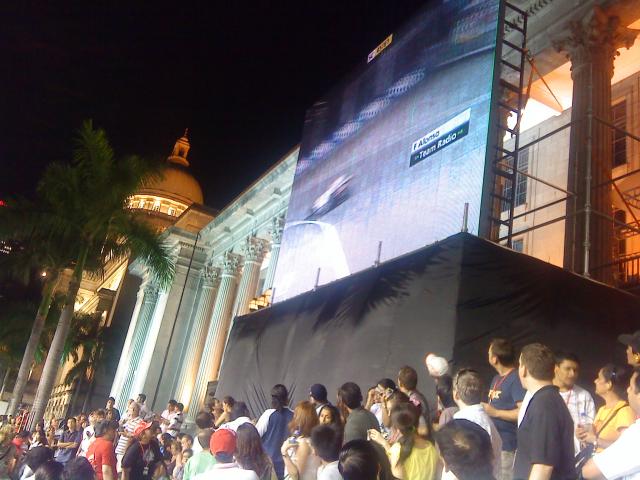 It was a lovely evening on 28 September 2008, sky is clear and more than 100,000 spectators gathered in the heart of Singapore hoping to catch the actions of theses F1 drivers. All eyes are turning to Felipe Massa of Ferrari as he emerged winner during the qualifying round. Also not forgetting the current top table driver, Lewis Hamilton of McLaren-Mercedes.

As the race commenced midway, Felipe Massa had met with a little incident at the pit stop which caused him the race. Massa ended the race with 13th position with a timing of +35.170 seconds. The champion for F1 Singapore Grand Prix 2008 is non other than Fernando Alonso of Renault with a champion timing of 1 hour 57 minutes 16.304 seconds. Slighlty behind is Rico Rosberg of Williams-Toyota with +2.957 seconds. Lewis Hamilton of McLaren-Mercedes emerged third place, but he is still holding the number one spot on the overall F1 Season 2008 driver’s standing. It was a dramatic race with magnificent show case of talent, speed and endurance by the drivers.

Up next, F1 Grand Prix will travel to Fuji Speedway in Japan on 12 October 2008.