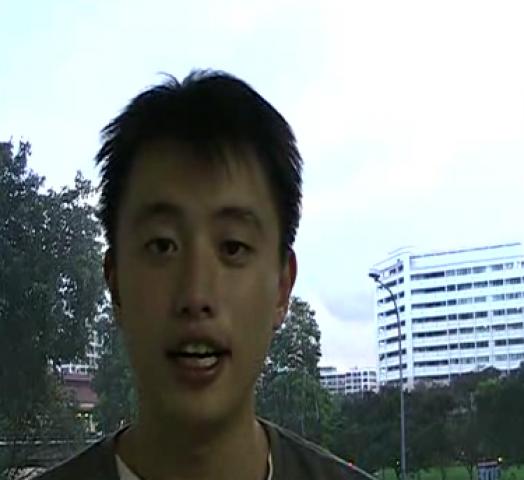 Singaporeans in general have embraced the prospects of an Obama administration.

The worsening employment condition in America has led some to believe that Obama will pursue protectionist trade measures to prevent cheap foreign imports – which compete with domestic goods- into the country.

But although Obama wants to protect American jobs, Asia, with China in particular, is too huge a market for US exports to reverse the current direction.

Many prefer Obama’s temprement to McCain’s too.

Roman Scott, resident economist at the Singapore British Chamber of Commerce, said most Asians believe Obama will lead a "less belligerent, more consensus-driven White House that is willing to listen and talk".

Obamania has caught on with the youth in Singapore too. Bloggers have not held back their thoughts.

One blogger wrote: "An excellent leader he will be. Being able to sell himself out to the whole of America where majority white populates and convinced them to put their trust in him was not an easy task especially when he was the underdog at the initial starting of the league."

"Standing where he is now, he worked tremendously hard for it and I deem he well deserve this place . He will get America together and lead them through the crisis. The world economy depends heavily on the US so I hope the world economy will get on back soon then I will be able to secure a job once I graduate."

Even American diner Billy Bombers had been whipping up Obama meals during the election period, adding to all the excitement.

Without a doubt, Obama is as huge a celebrity in Singapore as he is in most parts of the world.

This video is in response to GroundReport’s Call for Comment: What does the world think of Barack Obama?

Filed under: Politics, World
Share Tweet Pin G Plus Email
previous article: Three bands worth a listen
next article: If your date of birth is 1st/10th/19th/28th then this article is for you