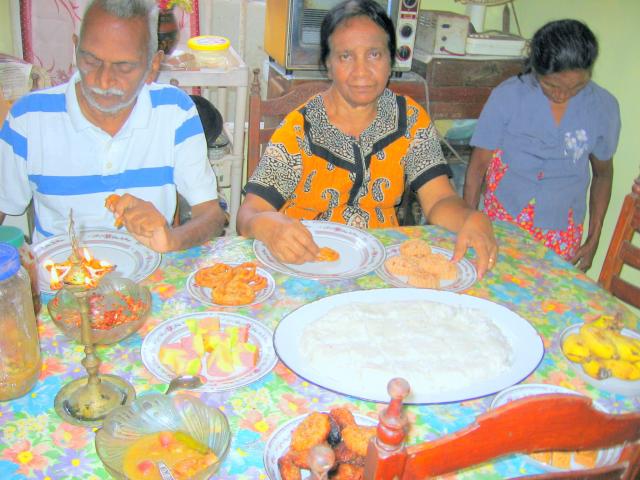 Sinhalese and Tamil Communities today jointly celebrated their Traditional New Year for the first  time after ending three decade old terrrorism in the Country.Both Communities celebrated the New year which was dawn at 6.58 a.m today according to the astrologers.

Sinhalese and Tamils all over the world joined this Celebrations by preparing traditional Milk Rice along with sweet meats and taking the meal at a given auspicious time on 9.07 a.m Sri Lankan time.After taking meals at the auspicious time younger ones worship the elders and Exchange Money which was a part of the New Year traditions.

The Oil annoyting Ceremony which is also a major part of the New Year Festival is due to be held tomorrow morning.