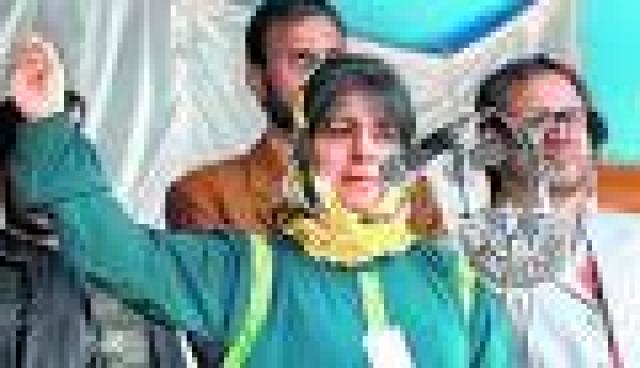 Srinagar, India,April 24 (Scoop News) – President of Peoples Democratic Party (PDP) Mehbooba Mufti while condemning the killing of innocent person at Chewan Keller village in Sopore followed by firing on unarmed innocent people by security forces,regretted that situation in Kashmir Valley has been deteriorating with each passing day due to wrong policies of the National Conference led coalition in the State.

She strongly condemned firing on the unarmed innocent people who were protesting against killing at Sopore. “It is unfortunate that the State Government has not learnt any lesson from the past”, she said and added that instead of adopting holistic approach this regime has become extension of the security forces. She mentioned that just a few days back, security forces had murdered a 70 years old man and branded him as terrorist.

Mehbooba also condemned the killing of a National Conference activist Sonaullah War and a cable operator Ashiq Hussain in different areas of  .  She observed that situation has been sliding back to pre-2002 situation due to the wrong policies of government.

Filed under: Politics, World
Share Tweet Pin G Plus Email
previous article: Only 1411 Tigers Left- Where Do We Go From Here?
next article: Atleast 2000-3000 Jammu youth would be absorbed every year in Kashmir & Ladakh :Harsh