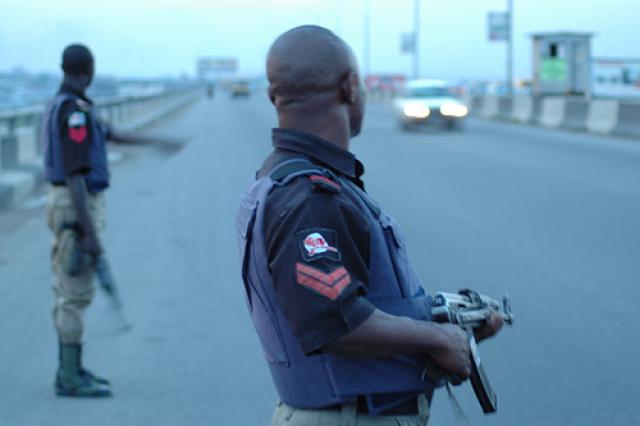 Oyo State Police Command has detained six policemen attached to a new generation bank in Agbeni-Ogunpa area of Ibadan for allegedly shooting at three women at the popular Agbeni Market.

State Police Public Relation Officer (PPRO), Olabisi Okuwobi, who confirmed this, said the command will no longer condone any unlawful conduct by its men and officers.

The policemen, who were attached to a bullion van owned by the bank, allegedly shot into the busy Agbeni Market when the van was about to enter into the bank premises.

According to sources, the sporadic gunshots by the policemen caused confusion around the market for over 10 minutes during which market men and women were forced to close their shops.

As the traders ran helter-skelter for their lives, three of the traders were reportedly hit by the bullets from the policemen.

It was gathered that the affected market women had to be rushed to the University College Hospital (UCH), Ibadan, for immediate attention.

Many other traders were also reported to have sustained different degrees of wounds during the stampede caused by the gunshots.

Sources at the market further informed that the three traders hit by the bullets were later moved out of UCH to a local clinic.