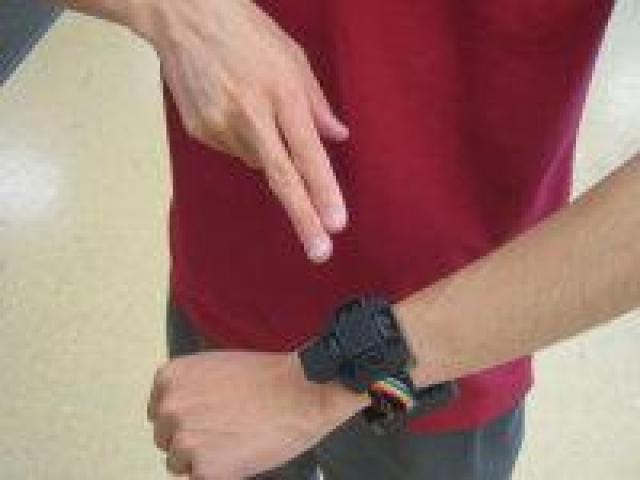 28-year-old Pranav Mistry, a MIT (Massachusetts Institute of Technology) based researcher hailing from Gujarat has created  a digital prototype of a "sixth sense" device that is being currently evaluated by corporations including Google, Microsoft, HP and Samsung.
To briefly describe what this sixth sense is all about, we need to understand how the current dissemination of information from current electronic devices takes place. Most of the information from computers, mobile phones and other devices are confined to screen or paper – if we decide to take a print. However, the sixth sense, according to Mistry, bridges this gap "bringing intangible digital information out into the tangible world, and allowing us to interact with this information via natural hand gestures". The concept falls under "wearable computing" — the same category under which the ubiquitous mobile phone falls as well.

The equipment list for the sixth sense might seem a tad crude, but it does its job quite well. It comprises a pocket projector; mirror and web camera bundled in a wearable pendant-like mobile. With the help of the projector, you can turn any material surface into a touchscreen. The camera is used to "see" the hand gestures. The user will however need to wear color-coded gloves on the index finger and the thumb so that the hand movements can be recorded and decrypted.

Some of the interesting hand gestures include drawing a square frame which will trigger a command to take a picture, drawing the @ sign will let the user access his email. You can even write e-mails with the help of the projector, which projects an image of a virtual keyboard so that you can type. All this costs around $350 (Rs. 17,000) to build – which is not a bad for something as futuristic as this!

Mistry has been approached by a couple of Indian companies who seem to be interested in his project. However, he wants the technology to be a little cheaper before it comes to India.