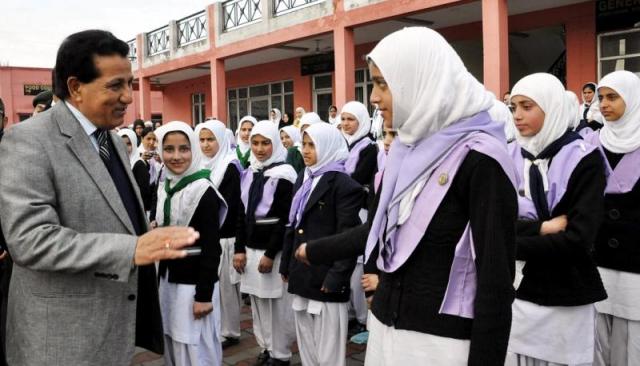 Jammu, February 16 (Scoop News) –  “J&K Scouts which is associated with All India Boy Scouts has performed in a superb and disciplined manner through its 42 contingents in one of the historical Camporee held so far in the history of Scouting”, said the Minister for Health Education, Youth Services and Sports,  R. S. Chib while interacting early in the morning with visiting thousands of Scouts of Kashmir who are present in Jammu in 7-days Camporee-2011.

Chib said that youth have responsible role to play in shaping our future. He reminded them the advice of Chief Minister,  Omar Abdullah given to them yesterday at his residence during the interaction programme for playing positive role in the society.

He said everybody is impressed with their magnificent performance. Scouts and Guides Associated with All India Boy Scouts has played vital role not only making their guides and scouts smart and developed their impressive personalities but efforts have been made for their skill development also.

He said that he will personally ensure that these scouts and guides acquire proper skill training through various training programmes and their hidden talent in sports activities is also explored as one of the scouts had proved his mettle at international games.  He said it is priority attention of our government towards youth so that their talent is utilized for the welfare of state and society as their role in protection of environment and elimination of social evils is paramount.

He said that he will be personally inviting these scouts in various sports camps throughout the state. He said that youth welfare department has already been advised to gear up scouts activities and involve all scout streams in such activities so that a major role is played for development of personality of the budding generation. He said the joint participation of and Jammu Youth in mega Camporee has given message of unity and brotherhood which is the need of the hour and befitting answer to the elements creating hostilities on the name of race, religion and region.

The Minister appreciated the Chief Commissioner, Scouts and Guides, Khawaja Farooq Renzushah for his extra-ordinary effort in depicting the personality of youth through such precious scouting activities. He said that all right thinking people should come forward and play a key role in the sector so that youth never feel that they are being ignored and deprived.