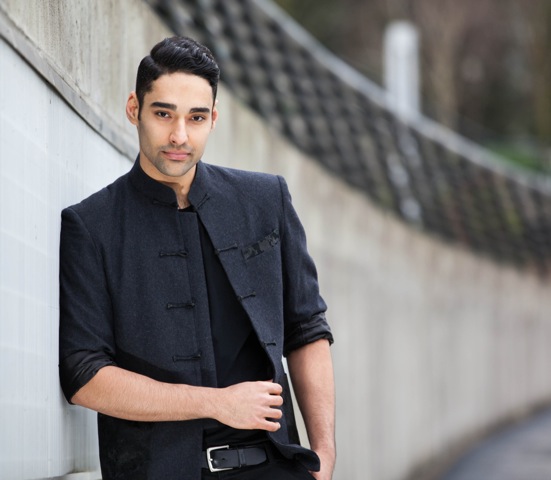 “He has that special thing. He just stands there with his finger pointing to the sky and waits for 20 minutes –just pointing– and people go crazy.” 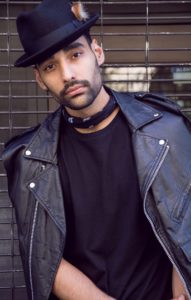 Born in Iran, Charkhi moved with his family to Canada as a child. He fell in love with Jackson’s movement and stage presence while watching the late pop icon’s performances on television and was inspired to dance himself.

After devouring what he could emulating Jackson, Charkhi started dancing in a high school dance class at age 15. He trained in hip hop, popping, boogaloo, jazz, locking, house and R&B dance, joining and competing with Canada’s award-winning PraiseTEAM post-graduation. Settling for no less than having his cake and eating it too, Charkhi attended college for baking and pastry arts but continued to dance. At 21, he was selected for an intensive training program in Vancouver called Kill The Lights where he developed an even greater range of performance and career skills. From there, Charkhi’s entertainment career took off and the versatile dancer quickly began booking film, television, and live performance work.

Paul Becker, who has contributed choreography on more than 200 film and television projects including Twilight, the Diary of a Wimpy Kid films, Descendants, and ABC’s Once Upon a Time, says he always welcomes working with dancers like Charkhi.

“Navid is a generous spirit,” explains Becker. “His giving nature comes across in his dancing.”

Becker describes Charkhi as a dancer operating at the highest level of his craft and, therefore, vital as one of the main dancers on the Once Upon a Time television series.

“I appointed Mr. Charkhi to do partner work alongside myself because he was one of the few dancers I could trust with this highly complex task.”

Charkhi’s ability to keep up with the fast pace of ever-changing choreography on a film set and elevate an entire production is an attribute echoed by others with whom he has worked. Tony Testa has choreographed for Janet Jackson, Kylie Minogue, Britney Spears, Demi Lovato, Nicki Minaj, as well as major corporate brands, and choreographed with Michael Jackson on his final project, This Is It. Testa explains that it wasn’t long into auditions for Descendants 2 that he assigned Charkhi to work alongside himself.

“The auditions consisted of a three-day narrowing process, which involved learning an entirely new choreography piece everyday,” recalls Testa. “He was the only dancer able to keep up with the changing challenges throughout the production.” 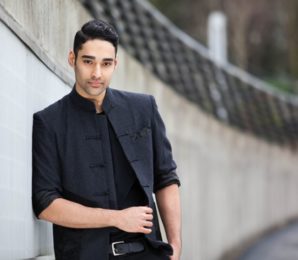 With talent and natural instincts for performing Charkhi hasn’t failed to impress even his most seasoned collaborators and directors. Three-time Emmy award-winning director and choreographer, Kenny Ortega, who was mentored by the legendary Gene Kelly early in his career, called Charkhi an irreplaceable asset to the Descendants films for his work as a principal dancer. His versatility and ability to quickly grasp any dance form also did not go unnoticed by Emmy-nominated feature film director, Ron Oliver, with whom Charkhi worked on the movie Mostly Ghostly 3. In fact, Charkhi was quickly assigned the additional role of assistant to the choreographer, Richard O’Sullivan.

“Working under such pressure did not faze Navid, says Oliver. “He welcomed these obstacles and dealt with them with incredible ease.”

Even as a live performer, Charkhi’s professionalism shines brightly. Heather Laura Gray, who recently worked with Charkhi on her contemporary dance project, The Tunnel, recalls a rehearsal the night before the cast was to present their work-in-progress when Charkhi’s knee locked up (something not uncommon for high-level dancers).

“[Charkhi] dealt with it in a very calm and professional manner and that carried over into the next day where he put on a brace and performed with slight adjustments so he was not making it worse,” explains Gray. “We did not have any understudies for his part because there aren’t many male dancers his height [Charkhi is distinctively tall at 6’ 4”] with his skill set so we were all thankful he decided his body could persevere.”

This kind of perseverance and hard work is essential to any artist working in the dance industry but it is clear that Charkhi, like his idol Michael Jackson, has something special. Still, he humbly acknowledges the support of his family, teachers, and students, and asserts his belief that all of us have a unique style or great idea lying in wait inside and that sharing his gifts is what makes him feel alive.

“If you focus on something that you really love to do it will take you to far places in life,” he says, “keeping you and everyone around you happy”

Charkhi’s has already proven himself a star at home, winning impressive titles like 1st Runner Up in the 2015 Mister World Canada pageant and Best Dancer of the Year for Urban Alchemy, an annual showcase of Vancouver’s finest street dance talent, and beyond in Hollywood’s blockbuster musicals and television series. For stars, only the sky is the limit and Navid Charkhi is pointing the way.