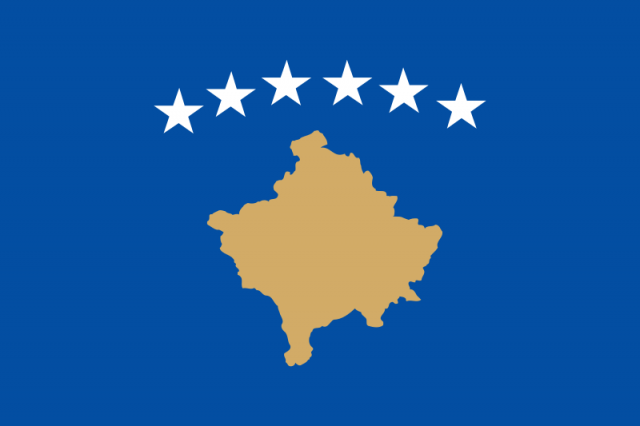 The Republic of Kosovo declared independence on February 17, 2008. Thus far, 43 out of 192 United Nation countries have recognized Kosovo’s independence, including the U.S., Canada, Australia, and most of the EU. Most notably opposed — besides Serbia — is Russia.

[…] If a citizen of Kosovo find himself/herself being on the Slovak territory, he/she will be considered to be an illegal immigrant despite having a valid [Schengen ] visa. […]

So what gives? Why doesn’t Slovakia recognize Kosovo’s independence when Slovakia’s closest neighboring countries like the Czech Republic, Poland, and Hungary have? Why would a country like Slovakia, where its people had lived under the rule of a powerful empire for centuries, and the country has only had its own independence for 15 years, choose to not recognize the independence of a country like Kosovo where its people have endured what the UN calls “massive human-rights violations” from their country’s majority government?

[…] This question is one of the few that bring the Slovak political spectrum together. With the exception of the Hungarian minority party , all political subjects (whether they are just pro-European or fanatically pro-European ) agree upon refusal of Kosovo independence. Its roots can not only be found in a moved history of the 20th century […], but also in a lurking feeling of general public […] that Hungarian minority living in the south is a threat to our state’s most important interests and that they still plan to break away and become part of Hungary. […]

The land that makes up modern-day Slovakia was once part of the large Hungarian Kingdom. Slovaks were under Hungarian rule for centuries. Many of those years they struggled to gain rights as an ethnic group and also for independence. After the end of World War I, Czechoslovakia was formed. When the new border was drawn, some Hungarians found themselves living in Czechoslovakia. Today the Hungarian minority makes up at least 10% of the total population of Slovakia, with some areas in the south of Slovakia that have more than 40% of their population who are of Hungarian ethnicity.

Martinovic evaluates the legitimacy of the concern that Hungarians might break away from Slovakia:

[…] [This] is of course nonsense and can be described only as a vulgar nationalism of some politicians that secures them votes of less educated (yet numerous) voters, although a behaviour of some Hungarian representatives hasn’t been very helpful in order to calm down the situation. […]

Martinovic goes on to say that he doesn’t like the fact that the Kosovo situation sets a precedent for part of a state territory “to declare independence without a consent of a central government and still be recognized by international community.”

Here is another view on the issue , expressed by a 24-year-old Slovak named Jan, at Us Europeans blog:

[…] The wish of Kosovo to become independent did not get the support from the Slovakian government. We think that Kosovo is part of Serbia and it should have remained so. It’s not a situation where two parties win. We have a similar situation in the south, with some local Hungarian minorities who want to proclaim independence. For us Slovaks, such a move would be completely unacceptable. It would in no way be similar to the way we separated from the Czech Republic. […]

[…] It’s like saying “sure all people are equal, but some people are more equal than other”. When we like separatist movements – for any reason that may be – sure, let me break loose. When we don’t, we immediately claim “the story is different”, separation would be unacceptable, so on. […]

Kosovar independence is a prickly question in many parts of Europe. It’s simply not possible for all ethnicities to have their own independent nations. It raises questions about how minorities are treated and represented by their country’s government, however; and dialog is almost always a good thing.