CHITRAL: Chitral police foiled bid to steal/kidnap a new born boy from Chitral hospital. According to Station House Officer (SHO) police station Chitral Sub Inspector Nasir Ali who told this scribe that Hazratuddin son of Niaz Muhammad  resident of Kawaish (Sheshikoh valley) rushed his wife to Gynecological ward at Women and children unit of District Headquarters hospital at Jang Bazar Chitral   who delivered a male baby at 4. PM. According to police Hazratuddin left  Mrs Rabia aunty of his wife at hospital to care the baby and his wife and he went to hotel for night stay.

SHO told that when Hazratuddin went to hospital early in the morning  he found his son missing. He registered complaint to Chitral police and a team under supervision of Nasir Ali SHO detailed to ascertain and to trace the missing baby. They  reached to a house on the gesture of Hameeda Bibi whose daughter  Sidra Bibi wife Shafiullah resident of Brawal Banda Dir upper presently settled at Shaldeni Chitral where they found the missing child.  Hameeda Bibi told media person that she has 7 daughters and no son as well as her husband also died last year so she want to keep a male person in house so that is why she stole the child and kept him in the house of her daughter Sidra Bibi.

Chitral police arrested both accused persons and lodged FIR against them under section 363/364A, 34 of Pakistan Panel code and sent them to prison on judicial remand. It is worth to mention here that this is the first incidence of its nature in Chitral where a newly born baby was stole from Chitral hospital. Social and political circle of Chitral strongly condemned poor security system of Government hospital. As well as people complaint that mostly patients are being ignored by senior doctors in govt hospitals but now the hospital staff give free hand to culprits to kidnap and steal small babies from the hospital. Residents of the area demanded from Chief Minister KP, Health Minister and secretary health for conducting inquiry against the hospital staff that whey they not perform duties and a newly born baby was stolen from hospital which is clear negligence of hospital staff. 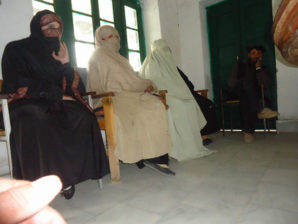 women who involved in kidnapping

Filed under: Crime, News
Share Tweet Pin G Plus Email
previous article: Practical Approach To The Possibility Of A South Asian Union Would Be To Make Haste Slowly: Vice President
next article: 7 Ways To Keep Your Coffee Shop Making A Profit