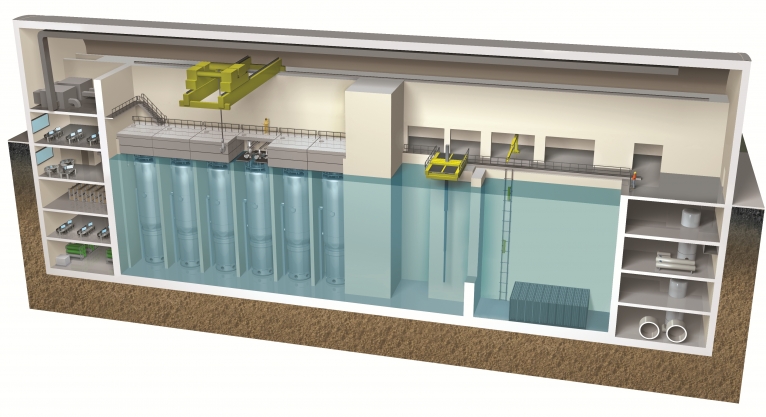 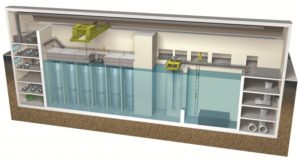 On February 3, 2014 Rep. Michele Bachmann asked for and was granted time to address a host of issues facing America, among them a topic not receiving much attention having to do with “modular nuclear reactors.”

The term “modular” in the context of SMRs refers to the ability to fabricate major components of the nuclear steam supply system in a factory environment and ship to the point of use.  Even though current large nuclear power plants incorporate factory-fabricated components (or modules) into their designs, a substantial amount of field work is still required to assemble components into an operational power plant. SMRs are envisioned to require limited on-site preparation and substantially reduce the lengthy construction times that are typical of the larger units. SMRs provide simplicity of design, enhanced safety features, the economics and quality afforded by factory production, and more flexibility (financing, siting, sizing, and end-use applications) compared to larger nuclear power plants. Additional modules can be added incrementally as demand for energy increases.

“Think, in a rural area, where perhaps it is just a few thousand people who perhaps wouldn’t have access to nuclear-generated energy, they could have access to new, small, nuclear modules that are effectively able to be put in very unique locations, completely safe, almost–almost–waste-free”, she said.

“This new generation of nuclear reactors, in my opinion, should be studied and put online in the near future so that we could have yet one more tool in America’s energy toolkit. As a matter of fact, the United States could be, again, the leading supplier of this newest generation of modular nuclear reactors to be used and deployed across the world where they are safe, where they can’t be compromised, and where very, very little nuclear waste comes forward”, said Rep. Bachmann (source: Congressional record http://thomas.loc.gov/).

Rep. Bachman is highly regarded in the Congress and her influence and power in the House is enormous.

Bachmann currently serves as a member of the Permanent Select Committee on Intelligence and the Financial Services Committee.

She is a leading decision maker on both House Committees.