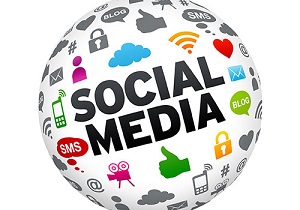 One of the best examples of how the Smart Feed system works is through an ingenious stock trading system which has been very recently developed. One of the other groups to make excellent work of such a service is Pinterest.

Through Pinterest, you can see how it works with people’s tastes and consumer choices in a massive field of disciplines and interests.

Those that frequently use Pinterest will have definitely noticed just how much has changed in terms of the displayed feed which makes up the meat of this service. The developers had seen just how much more personalized other social media services had become in terms of how tailored their content had become for users, and decided that they should bring such customized features to their own platform.

This new level of customer experience has improved the design and processing of the actual pins and how they are accessed by users.

The Rating System: Pinterest has a rating system which produces a criteria for pins by processing them through the “smart feed content generator. Such a generator will select pins according to what it believes is the most relevant for display in the smart feed.

Such data is compiled by assessing the current pin, and what the source for such data is, as well as the performance of pins that come from the same source.

The Quality of Pins: The greatest quality seen in pins is that of those which will be moved to the highest levels of the queue, and will then remain there so long as they enjoy a high level of engagement from users.

If such a pin receives an excellent amount of interaction as a repin, then it will have a prolonged status at the top of the feed. Such activity can also be seen in Facebook, where the most popular posts within its news feed will receive the most prominent spots.

The Quality of Sources: Determining the quality of a source of pins is determined by just how frequently users will repin relevant content from a linking website or blog. Such a system is made valid due to the fact that pins will always have a destination which can be reached through clicks.

Followable links need to lead users to websites of a reputable nature, hosting solid content. That being said, spam artists have been known to edit the links within a source to something completely different to that which is displayed within a pin image.

Smart Feed allows Pinterest subscribers to find what they need in the quickest amount of time possible. Too many people in the past would spend a while in search of necessary sources, becoming frustrated or even giving up.

The greatest achievement of any sector of the information age is the attainment of a highly tailored and instantaneous feed. People need to know that their interests have been catered to, and that there is something for even the most outlandish or specialised of tastes.

Filed under: Community
Share Tweet Pin G Plus Email
previous article: Five Reasons Why You Should Invest in a VPN Service
next article: The 3 Must-Know Types of Medical Coding