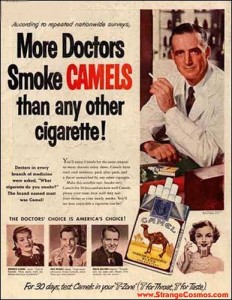 As of the 1950’s, nearly half of the population smoked cigarettes. That number has declined, especially since the Surgeon General’s official report in 1964 that using tobacco causes cancer.