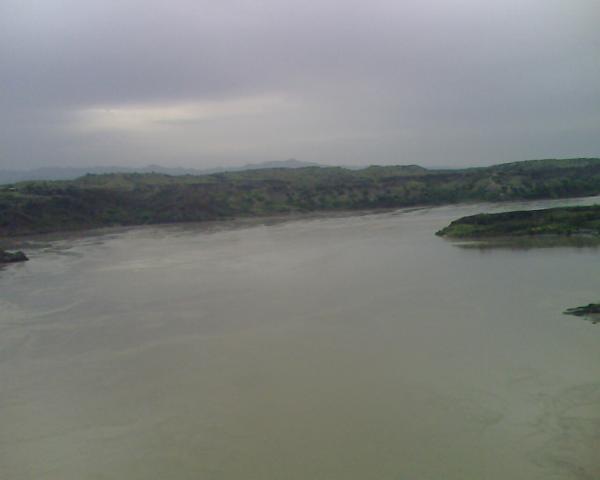 At Thursday evening I had reached Kohat district after crossing centuries old rail road bridge built by British rulers of India over river Indus in a rail car, sandy banks of river Indus were covered with water flowing at high speed, in July and August rivers in Pakistan are filled with water due to heavy rains and often cause flood like situation in plains of Punjab.

Within the rail car gorgeous niece of a Pak army General along with her mother had seated herself where I was be seated along with my children and wife, a Taliban looking young boy had took a snap of her with his mobile phone camera, on a complaint of her and her mother the boy was immediately handled by Pak Army soldiers traveling with us in the same rail car cabin, and her picture was removed from his camera.

Kohat is at a distance of 26 miles from turbulent area of Hangu where militants uprising was witnessed in last few weeks, but after security forces operation in Hangu militants are now retreating back from the area, according to a well informed source due to intensity of artillery fire cracks in the walls of residential buildings are appeared in Hangu.

‘Naryab area of Hangu is a hideout of more then 2000 Taliban militants, in Zargari area of Hangu ceasefire agreement is concluded between militants and Pakistan security forces, under command of Alqaida leadership fighting force of militants is unified from Bajore till Waziristan tribal area of Pakistan,’ a source has said.

‘Two bomb explosions had rocked the buildings in Paracha Town Kohat around 2:am during the night between Thursday and Friday, ’ residents have said. ‘No bomb explosion is occurred in Kohat,’ Rescue 15 police officer on duty has said.

Due to enhance security check posts residents of Kohat are in difficult situation according to Naib Nazim Khushahal Garh Mr. Farooq Khan his pregnant daughter in law while heading towards hospital in car with her husband was stopped in Cantt area on Thursday morning and in the evening Naib Nazim Farooq while traveling in the same car was stopped and fined by security forces persons.

Filed under: Media & Tech, World
Share Tweet Pin G Plus Email
previous article: Should I Buy an Apple iPod or is there a Better Alternative?
next article: On the Road in Beijing