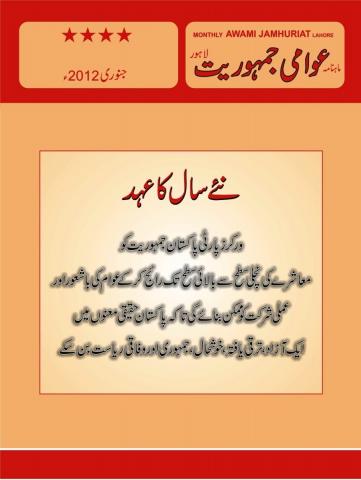 Socialist monthly Awami Jamhooriat online now and can be read or downloaded for free from the following links:

Master site for all issues: www.aj-pak.org

2. Two constitutional petitions of the Workers Party Pakistan have been accepted for hearing by Supreme Court about Land Reform and Election Reforms in Pakistan by Chaudhry Naeem Shakir