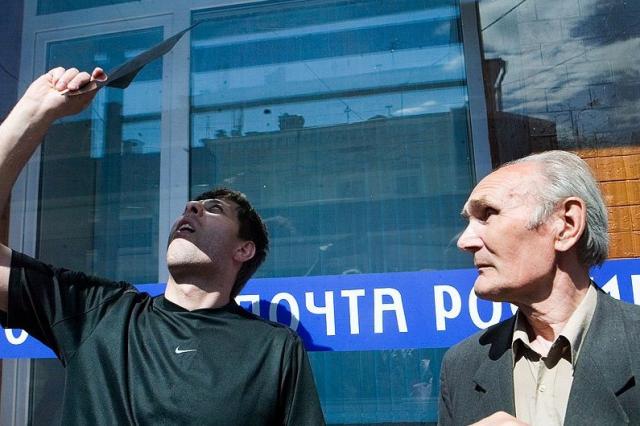 Russian photojournalist Oleg Klimov was in the city of Samara on August 1, the day of a total eclipse of the Sun, to meet with representatives of the local opposition. On his blog, he described (RUS) a rare case of conjunction of Russian politics and astronomy:

The solar eclipse took place in Samara right after we had met with [members of] the local, rather important, opposition. Just as we had been warned, they put a “tail” on us right away. Last time it happened to me was in [Uzbekistan] in 1992, also during a period of the fight against opposition there, by the way. Then, the Dutch journalist and I were declared personae non grata by the ministry of foreign affairs of the Republic of Uzbekistan, because of violations of the program of our visit to the country, and it is still a big problem for the [Dutch] newspaper I work for to get [entry visas] to this country, democratic in its own way.

Our “tail” in Samara turned out even worse than in Uzbekistan. When he saw that I was taking pictures of a frail old man with a roentgenogram (with his broken leg pictured on it), the “tail” couldn’t help but interfering, first by introducing himself as a doctor and then as a law enforcement official, and he set himself upon me, accusing me of bothering the old man who has the right to walk freely along the [Volga River] embankment… The “tail” didn’t know that this way we were merely watching the Sun, as the Moon was slowly and steadily taking over it, and though there was no complete darkness yet, [a certain mental agitation] was already there, and the birds stopped chirping, and only the “tail” was croaking as a frog, demanding that I stop taking pictures of the old man and show him a document allowing me to photograph people in the street. An [idiot].

This is exactly what I told him: You must be a not very educated person. Look at the Sun through the photograph of the old man’s broken leg and you’ll see how a [chekist] and an oligarch Putin has stolen our Sun. He was genuinely surprised when he saw that half the Sun was indeed missing. (On the second photo, he is on the left, checking if the Sun is there ;). Me, I can’t stop being amazed at how [idiotic the regime and those who serve it are].

While the “tail” was looking at the solar eclipse, we left, and soon we had another “tail” following us, but we were not paying attention. Who are they? – I don’t know – police, [FSB], [pro-Kremlin youth movement Nashi, [Vashi, rhymes well with Nashi, means ‘yours,’ while Nashi means ‘ours’] – may they all go [to hell].