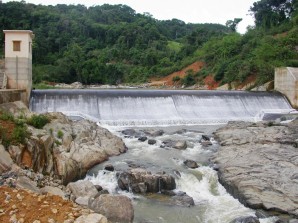 After sucessfully using solar energy for heating water in twelve of its twentyfour bedrooms, Hindukush Heights Chitral has embarked upon using solar energy to produce electricity. The hotel has the advantage of a south facing hill slope which is ideal to trap the heat as well as the light of the sun especially in winters when the arc of the sun gives its maximum advantage. Although Hindukush Heights presently has its own hydro electricity it wants to use as much of the green energy available in Chitral as possible. Initially eight solar panels with their inverter and batteries will produce five magawatts of electricity for the use of six rooms on an experimental basis. This will gradually be increased until twenty kilowatts are produced to supply solar electricty, backed up with hydro electricity, for all the twenty four rooms.