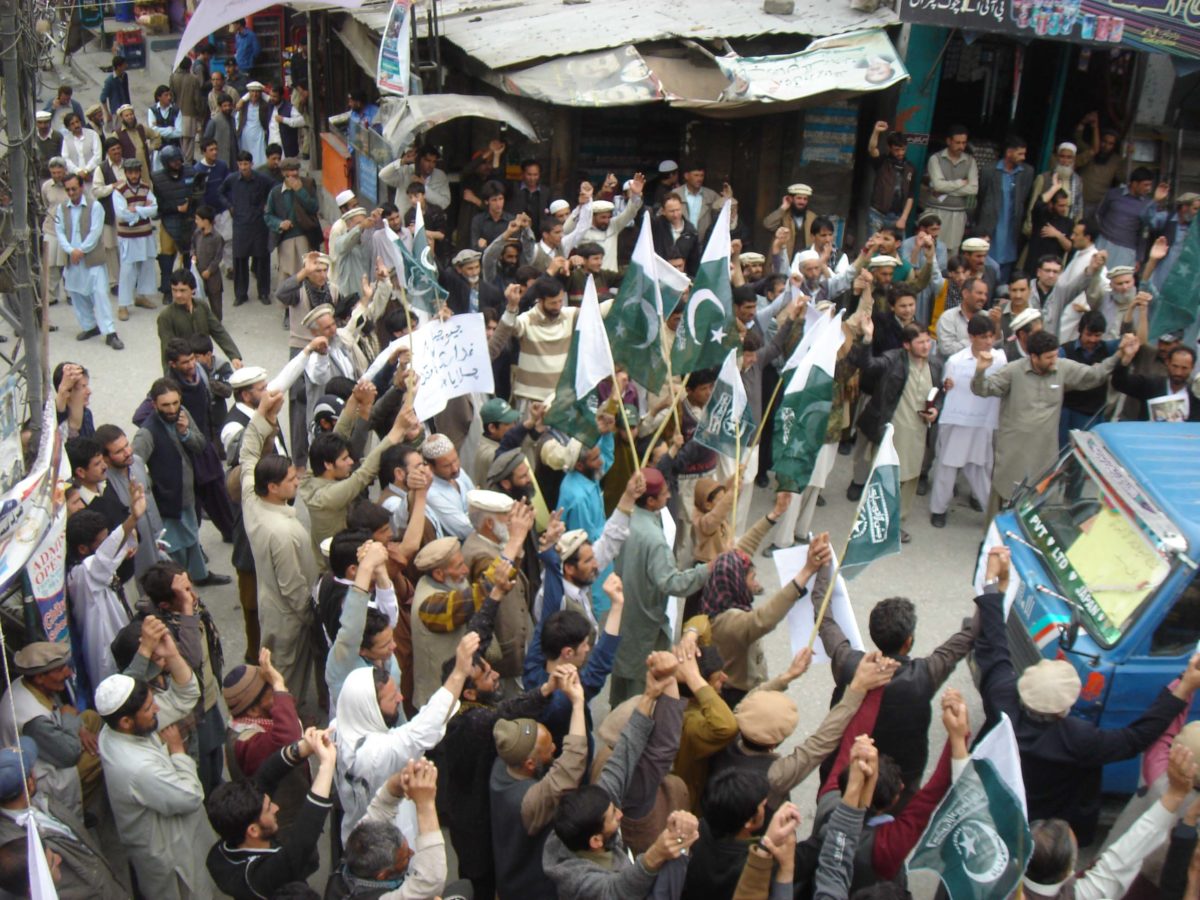 Solidarity with Pak Army and ISI, protest against Geo News held at Chitral.

CHITRAL: Solidarity with Pakistan Army and Inter Services intelligence (ISI) was expressed in a public meeting held at PIA square under the chair of Haji Abdul Wadood senior worker of JUI.  They also protested against irresponsible  reporting and attitude of Geo News. Speaking on the occasion the speakers said that Pak Army and ISI are our national assets and major institutions we can proud on these agencies.  Be we feeling atmosphere of protection by their sacrifices.

They also condemned attack on Hamid Mir but lamented Geo News who blamed  Director General ISI Lt Gen Zaheerul Islam for his involvement in that murder attack  without any evidence. They said that Geo News blackmailing our national heroes and defense forces. They holding hands of each other showed their solidarity with ISI and Pak Army and chanted slogans in favor of Pakistan Army live long and ISI.

The anger protesters also carrying placards, banners inscribing the message regarding solidarity with ISI and Pak Army and condemnation of Geo News.

They said that Geo News trying to defame our defense forces and PEMRA should to cancel their license and  to ban its transmission in Pakistan.  Talking to this scribe some participants of the rally and public meeting said that we strongly condemn Geo News for blackmailing and defaming ISI and Pak Army. They said that it seems anti Pakistan Channel and never follow ethics of journalism. They demanded from federal govern banning Geo News and its publication to save Pakistani nation from their anti Pakistani propaganda and slow poisoning in the mind of people against Pakistan and national organizations.