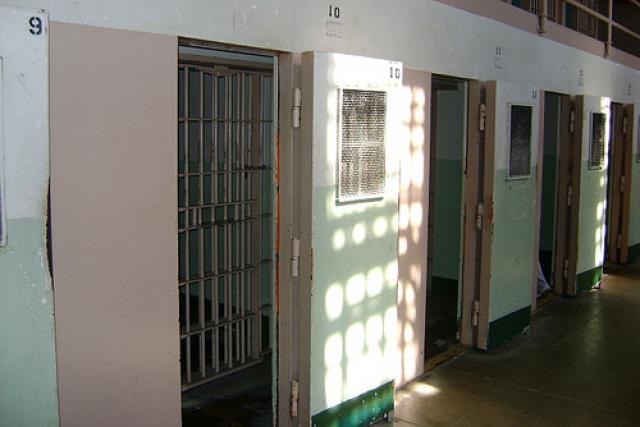 Islamabad– Despite getting the guarantees from the Saudi Kingdom that former premier and PML (N) chief Nawaz Sharif would not be allowed to return to Pakistan, Punjab and Sindh Chief ministers have ordered the prisons departments in their respective provinces to prepare special cells in various jails for Sharifs in case they decide to come to Pakistan after getting a favourable ruling from the apex court against the wishes of the President Gen. Musharraf.

Informed sources confided with this scribe that special cells in Adiala Jail, Kot Lakhpat Jail and Sahiwal Jail have already been cleaned and cell phone jammers have been repaired and fixed in all these jails of Punjab. While jails in Karachi and Hyderabad have also been prepared to receive the high profile prisoners incase they venture into Pakistan against the wishes of the Saudis and Gen. Musharraf. IG prisons from both the provinces were not available for comments but high profile officers from Punjab prisons departments, requesting anonymity said that the same cells where late Zulfiqar Bhutto, Makhdoom Hashmi, Asif Zardari, and hijackers of Ganga case have lived in the jails have been cleaned and made ready for some high profile personalities.

However, he said that we do not know the personalities likely to be the occupants of these infamous solitary confinement cells because that’s all we have been asked to do right now by our highups.

Superintendent jail of Kot Lakhpat refused to comment at all on this, while superintendent of Adiala Jail did not respond the phone at all.

Inside sources said that Sindh Chief Minister has issued the same directions to the prisons department in his province without specifying that who will be coming to these jails. But given the current political situation and the ruling of the apex court, both the provincial governments have decided not to send Sharifs abroad upon their landing in Pakistan but arrest them and put them behind bars to face all the legal challenges from the state. Nawaz Sharif was facing over 100 years of imprisonment in various cases when he left for Saudia Arabia along with his family members after seeking special intervention of Saudi Royal family who in turn brokered a deal with Gen. Musharraf to give special remissions to jailed Sharifs and allow them to go to Saudia Arabia in December 2000.

The deal was brokered when Shahbaz Sharif, younger brother of Nawaz and former chief minister of Punjab was still facing many murder charges and fake police encounter charges and was also wanted by anti terrorist court of Punjab in one such case. The deal papers made public by the government in the recently concluded case of Nawaz Sharif  versus the State in the Supreme Court revealed the signatures of the Sharifs on an undertaking asking for clemency and remissions in court cases and allowing them to go out of the country for a period of ten years.

Sharifs have been in a state of denial about any such deal or remissions, but after the surfacing of these documents, they have conceded to the fact that Saudis were their guarantors and helped them escape jail terms and Gen. Musharraf. Punjab and Sindh governments have also asked their criminal experts to gather maximum material against Nawaz Sharif and Shahbaz Sharif just to make sure that incase Sharifs dare to defy the establishment of Pakistan, they should be made to pay a heavy price for that.

Several murder and planning to murder cases including cases of killing people in fake police encounters have been summoned up by Punjab police to ensure that Sharifs face the worst and perhaps the first real test of their wills in jails.

Informed sources confirmed that Self-exiled leader of PML (N) Nawaz Sharif is busy coaxing his estranged guarantors from Saudi Kingdom and is not sure whether he would be able to make it to Pakistan before the expiry of his 10-year-in-exile deal.

Nawaz Sharif is in constant touch with Saudis directly and indirectly through various emissaries like Saifur Rehman of Redcow co, former finance minister Ishaq Dar and Chaudhary Nisar to appease Saudis somehow. Sources said that having tribal traditions and renditions, Saudis are not budging to any pressure and instead asking Sharif to honour the deal with them because they do not want to loose trust with the Pakistani establishment.

Meanwhile, Chaudhary Shujaat Hussain and Chaudhary Pervaiz Elahi have used their good business links with the UAE Royal family to ensure that Saudis do not let Sharifs return to Pakistan because they would be the main losers incase Sharifs make it to Pakistan before the proposed Presidential elections due between September and October 15.

Political analysts consider Sharifs return to Pakistan vital for over throwing Gen. Musharraf and believe that incase Sharifs failed to show resolve at this moment they would be doomed and might commit political suicide like Benazir Bhutto, another exiled leader of Pakistan. In this scenario, analysts consider that Gen. Musharraf would have the last hurray and Supreme Court might not go for another expedient decision.