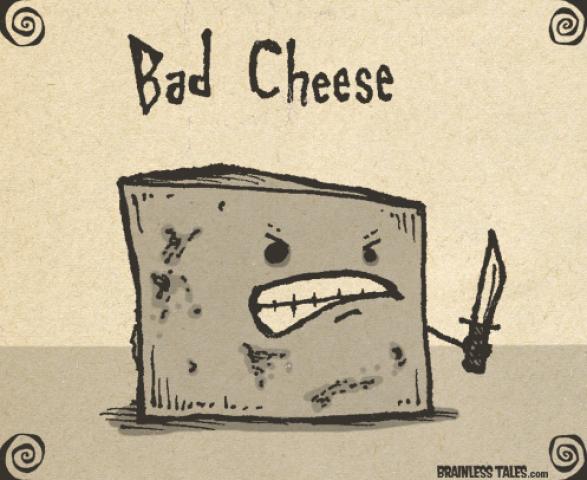 Something stinks in Wisconsin, and it’s not the cheese.  Once again a ultra right-wing Koch brothers astroturf group, Americans for Prosperity (AFP), and the Republican Party are engaging in voter suppression, if not outright voter fraud.  AFP is one of the organizations that helped fund the phony Tea Party organizations.

Some might recall, during the primary elections earlier this month in Wisconsin the Republican Party placed six fake Democrats on the ballots in order to confuse voters.  Fortunately for the voters, the news of the phony candidates got out, made it to mainstream media outlets, and the Republicans plan was foiled. All six of the actual Democrats won their primary challenges and are now in a recall race against the Republican state Senators that voted for the bill stripping public employees of their free speech rights to collective bargaining.

Today,  POLITICO posted on their website a copy of an absentee ballots flier found over the weekend on the door handles in two heavily Democrat leaning districts. The fliers clearly state the ballots must be in the hands of the city clerk “before Aug. 11.” However, the actually election date is August 9. Anyone that sends in their ballot after the 9th will not have their vote counted.

Of course, Republicans have been on a nationwide campaign to restrict lawful Americans from voting. In Wisconsin, the stink is especially repugnant.  State Representative Robin Vos, Republican co-chair of the powerful Legislative Joint Finance Committee, pushed through a bill that “enacting one of the most restrictive voter ID laws in the nation”, according to John Nichols in a recent article in the Nation titled “Rigging Elections”.

Nichols goes on to point out Vos connection to another Koch brothers funded organization the American Legislation Exchange Council (ALEC). “As ALEC’s chair for Wisconsin, Vos was doing what was expected of him. Enacting burdensome photo ID or proof of citizenship requirements has long been an ALEC priority. ALEC and its sponsors have an enduring mission to pass laws that would make it harder for millions of Americans to vote, impose barriers to direct democracy and let big money flow more freely into campaigns.”

In a final, disturbing piece of Wisconsin news this weekend, a fire broke out in the Wisconsin office of a Democrat advocacy group, We Are Wisconsin, supported by local labor groups. The fire started around 9:30 a.m. Saturday and completely destroyed the office, along with a warehouse and small apartment building. No one was injured.

While the fire is still under investigation and may only be a coincidence, one need only look back at the heath care debate to see the rights-wings willingness to use a concerted campaign of threats and violence to intimidate their political opponents.

One might remember Tea bagger and Patriot militia leader  Mike Vanderboegh  advocated breaking the windows  of members of congress the day before the Affordable Health Care Act was passed  and signed into law. Vanderboegh stated that if the rightwing breaks enough Democrat Party members windows, the Dems just might get the message, “and make defending ourselves at the muzzle of a rifle unnecessary… BREAK their windows. Break them Now.”

Again, while the investigation into the fire may lead to a simple electrical problem or accident, there is no reason why liberals and progressives should not feel under attack, both figuratively and potentially physically. Moderate Democrats need to come to the same realization.

The Republican party has been taken over by a group of libertarian billionaires that secretly fund dozens of right-wing extremists groups/thugs that are willing to use dirty tricks, fraud, and intimidation to gain and hold onto power.  The radical libertarian agenda aims to strip away the middle-class in order to attain their lasses-faire corporatocracy.  This is class warfare on a grand scale, and it is up to every American citizen, whether you’re from Wisconsin or liberal California, to stand-up to this radical right-wing assault on the middle-class, freedom, and democracy.