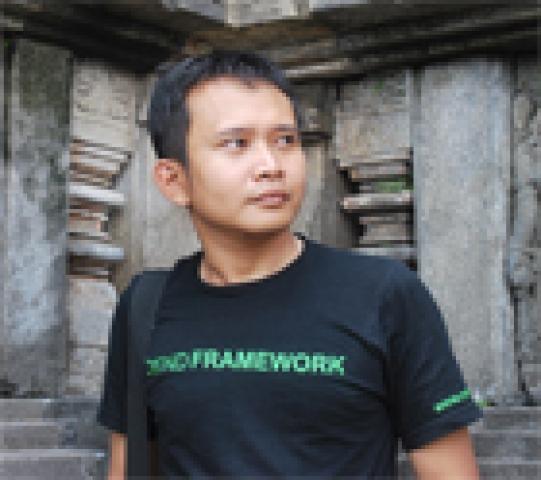 Last month, Sony Arianto Kurniawan or Sony AK from Mega Kuningan, Jakarta in Indonesia was threatened with a trademark infringement lawsuit by Japan’s Sony Corporation if he does not close his personal website whose domain name is www.sony-ak.com.

Thankfully, Sony the person was supported by the online community and Sony the corporation finally realized the folly of pursuing the case. Sony Corp. has since then dropped the charge and has already apologized to the blogger.

The personal website of Sony AK was established in 2003 and it was awarded the best website in educational category for 2003, 2004 and 2006 by PC Magazine Indonesia.

Multibrand reminds Sony Corp. that the website of Sony AK provides only free information to the public and does not sell anything

In my humble opinion, Sony Corp. have been over confident in making the said demand, because protection given by trademark registration is limited to certain types/kinds of products covered by said trademark.

In this case, Sony Corp. is a manufacturer of electronics products, whereas the website: www.sony-ak.com is only a personal website of its owner that provides free information.

This suit has upset many Indonesian onliners, especially those who have been blogging and are into IT for several years. Sony AK’s site has been known for being the knowledge sharing center for IT enthusiasts in Indonesia, and has been up for approximately 6 years.

This issue has generated an intense discussion in the Indonesian blogosphere and a facebook support group for Sony AK – ‘Sony — don’t take away my friend’s name’ – quickly attracted thousands of members.

Well then SONY CORPORATION, why don’t you sue those guys and thousands of Mothers who named their child with SONY.

Maybe Apple Inc. should sue Gwyneth Paltrow for naming her daughter Apple as she might have a blog called apple too in the future…

Seriously this is beyond ridiculous.

Colson describes the issue as a battle between David and Goliath

The sympathy naturally is with David (AK) in his fight against Goliath (Corp). Actually it is bizarre if an innocent citizen uses a name which remotely is the same as the one of a multinational, in a strictly personal context, is being sued for that reason only.

Yet I’m afraid Goliath has a point here – because the legal system is to a large extent the product of the interests of the Goliaths. And because the legal power Goliath is able to organizie is n-th time as huge as the limited funds a David has at his disposal.

Before the withdrawal of the case, bloggers were planning to launch a boycott campaign against Sony Corp. Yari NK is happy with the decision of the firm to drop the case

It is wise for Sony Corp. to drop the claim since it does not make sense in almost any way that one has to stop using his own name for his personal non-commercial site.

By dropping the claim, Sony wouldn’t hit the negative consequences in public opinion that, at worst, could lead to boycotting its products by the Indonesian public that backed Sony AK becuase they know that Sony AK had nothing but good intentions when he initially set up his blog or site and he is not eating into Sony Corp’s profits….

This story was originally published on Global Voices: http://globalvoicesonline.org/2010/04/02/indonesia-sony-versus-sony/