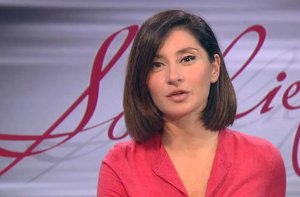 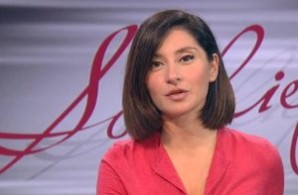 Sopho “Sophie” Shevardnadze  (born Sophiko Shevardnadze, September 23, 1978) is the stunningly beautiful  and talented correspondent for RT news who has her own show SophieCo.

She is the granddaughter of former Georgian President and Soviet minister of foreign affairs Eduard Shevardnadze, and was known to join him on some high-level meetings between the Soviets and the Americans when she was in her teens. She was born in Tbilisi, Georgia .

She is considered by many men one of the most beautiful woman in Russia! And who could disagree?

I would go further and say she is one of the most beautiful women in the entire world!

She is confident and humble, which usually presents a mysterious quality that attracts people more than outlandish gestures and cries for attention. She doesn’t take away from others or place her worth on how many people she’s talking to.

In terms of physical beauty – let me put it this way : Sophie is hot! Smoking hot!

The symmetry of her face is absolutely amazing. Her features are flawless!

“She doesn’t really need makeup either”, said John Jones of Phoenix who fancies himself as a make up artist.

Another fan, by name of Michael R. from Wichita, Kansas said this about Sophie: “She is very stylish. I love looking at her!” He continues: ” It’s the special quality  about her that you can’t place because you’ve never seen it before. It’s the defining quality of the beautiful woman, the thing no one can ever completely describe…”

At RT news  Sophie has  accomplished herself in the field of television journalism in a very big way, doing stories others might shy away from on everything from high level corruption, combating terrorism and money laundering.  These are tough stories to cover.

She also interviewed Larry King once that was amazing in so far as she was able to get him to really open up in a way that few other journalist have every done before.

She is also very real in the eyes of the people and not afraid to talk about issues of importance to them.

‘She is also considered  a fashion icon in Russia.

The people of Russia (and the United States) absolutely adore her! But I admit – I am biased in favor of her.

Presently Sophie is the face of  Interview with Sophie Shevardnadze – a series of face-to-face interviews with high-level news makers. Sophie also co-hosts Eye Witness (Svoimi Glazami) at the Echo Moscow radio station, and writes for a number of Russian magazines such as Bolshoy Gorod and Time Out.

She was born in the Georgian SSR, Soviet Union but the family moved to France when she was 10. She learnt ballet and piano and got a diploma from the Conservatoire de Paris.

She is fluent in Georgian, Russian, English, French and Italian .

She writes poetry, enjoys jazz and classical music. She plays the piano.