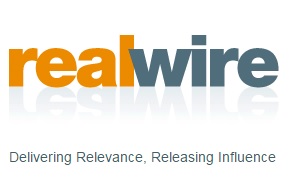 Edinburgh, 5th November 2015 – Sopra Steria, a European leader in digital transformation, has today announced that it has signed the Scottish Business Pledge to reaffirm its commitment to economic success and sustainable growth in Scotland. Led by the Scottish Government, the Scottish Business Pledge is a voluntary commitment made by companies in Scotland to uphold some of the best in modern business practices and to embrace the principles of fairness, equality, opportunity and innovation.

The Pledge summarises Sopra Steria’s key values and is an endorsement of the work it has already achieved in fair business practices. With the merger of Sopra and Steria in early 2015, the company had a renewed capability and opportunity to scale its business and increase investment in the region. After a successful year in Scotland, with sustained growth of key clients such as Student Loans Company (SLC) and the National Australia Group (NAG), Sopra Steria is now formalising their commitment to Scotland with this pledge.

Alison McLaughlin, Sector Director for Local & Regional Government, Sopra Steria, comments: “We have been supporters of the Pledge’s values for a long time and endorsing them officially is very important to us. Scotland remains a key market for Sopra Steria, and the Pledge encapsulates everything we stand for. As leader of our Public Sector business in Scotland, I am honoured to be involved in the partnership and to reaffirm our commitment to Scottish business.”

Sopra Steria fulfils all nine action points of the pledge, which includes commitments such as not using zero hour contracts, playing an active role in the community and supporting progressive workforce engagement. Two of the commitments which are especially important to the business in Scotland are a balanced workforce and investing in youth.

As a leader for Women in IT in the region, Sopra Steria has already made significant strides in promoting gender balance in the technology industry. Sopra Steria’s UK executive board has above average female representation; the company’s Sector Director for Local & Regional Government, Alison McLaughlin, is an elected member of ScotlandIS and a member of the Digital Participation Programme Board for Scotland. In addition, Sopra Steria UK’s latest graduate intake was 30 percent female.

Sopra Steria has also been actively involved in employing youth in the region. It invests heavily in its graduates and is planning to expand its Scottish graduate and apprenticeship programme. We are bringing in over 40 graduates for Scotland in 2016, with the organisation looking to increase investment in this area and scale this project even further.

Roseanna Cunningham, Scottish Government Cabinet Secretary for Fair Work, Skills & Training, comments: “Congratulations to Sopra Steria on their decision to sign up to the Scottish Business Pledge. The signees have undertaken to implement progressive workplace policies which support their growth ambitions and treat and pay staff fairly. This signals the growing enthusiasm of the business sector to share our vision of an innovative, entrepreneurial Scotland that grows in a fair and sustainable way. We want even more firms to commit to boosting their productivity through innovation, internationalisation, fair work and increased diversity in the workplace.”

The Pledge underlines Sopra Steria’s upholding of the best in modern business practices, and by making this Pledge it hopes to encourage other organisations to do the same in working towards lasting economic success, sustainable growth and a stronger, fairer business landscape in Scotland.