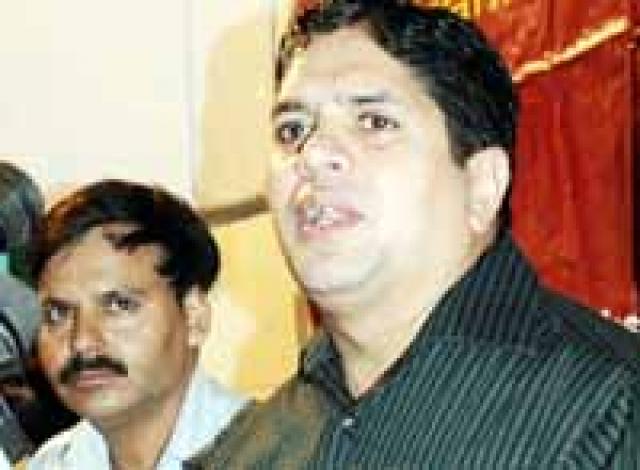 Jammu, March 13 (Scoop News) – Rajiv Chuni Chairman, SOS International – An Organization for PoK Refugees has said that we have decided to file a petition in the Jammu and Kashmir High Court and State Human Rights Commission seeking “Mercy Living” for the PoK Refugees living in the filthy camps under unhygienic conditions for the last 63 years and falling to the prey of death minutes-by-minutes and day-by-day.

Rajiv Chuni in a Press Statement issued here today said that  SOS International has prepared a comparative chart showing disparities with PoK Refugees’ Vis-à-vis Kashmiri Migrants. The petitions in the High Court and Rights Commission would be filed on Monday, March 14.

He said since the apex court has banned euthanasia (mercy death), we will appeal to the court to guarantee dignified life to the PoK refugees living in the state.

“If the Supreme Court does not allow mercy death, we want to draw its attention towards our people who have been living a miserable life in the absence of basic amenities like food, shelter, healthcare and education etc,” he said and added, “Those living in camps are without civic amenities and are living in unhygienic conditions and falling minutes-by-minutes and day-by-day to the prey of death then Court must provide us “Mercy Living” – a dignified living like Valley Migrants.”

Mr. Chuni has strongly condemned the decision of the State govt for unilaterally allocating Rs. 8 crore in the state budget for group insurance of valley migrants ignoring the refugees from PoK who are also having equal rights over state exchequer being the equal citizens of the State.

“Statements of the Relief and Rehabilitation Minister, Raman Bhalla Minister regarding equal treatment to all are just hollow slogans for political considerations. Our people are now fed up of political assurances for the last 63 years. Now we have decided to fight for our rights at our own,” he added.

Chuni said that PoK refugees who were subjected to genocide by the tribal invasion in October-November 1947 from Mirpur, Muzaffarabad and Poonch areas of erstwhile are facing a crime against humanity. Before putting up finally in 39 rural filthy camps and urban basties here in J&K these hapless refugees were put on wandering from one refugee camp to another and from one State to another. Ours was a humane issue more then a political, but some politicians with vested interests made it political more then a humane. We were put to miseries on the premise that if these indigenous people of Mirpur, Muzaffarabad & Poonch areas are allowed to settle here permanently then International Community will presume that the govt of India had made up his mind to leave that areas to Pakistan. This is an absurd idea enough to spoil the case of PoK refugees permanently.

He asked the Govts of the time that why this premise was not put up in the case of migrants from valley. Rather Valley Migrants are given preferential treatment on every single visit of Dr. Manmohan Singh Ji to and they are properly being settled here in . Does it means that govt of had made up his mind to leave the to .

Mr. Chuni has further said that the PoK refugees feel betrayed by this selective approach of State govt as other sops are also extended to them like monthly cash relief, reservation in professional colleges, and in govt jobs and has forced the PoK refugees to come on streets as no regional or national political parties has come forward to their cause. The opportunistic parties like BJP and Cong are maintaining criminal silence over the matter especially the BJP which claims as champion of people of region. The time has now come for PoK refugees to fight a do or die battle for their honourable living and redressal of their genuine grievances.