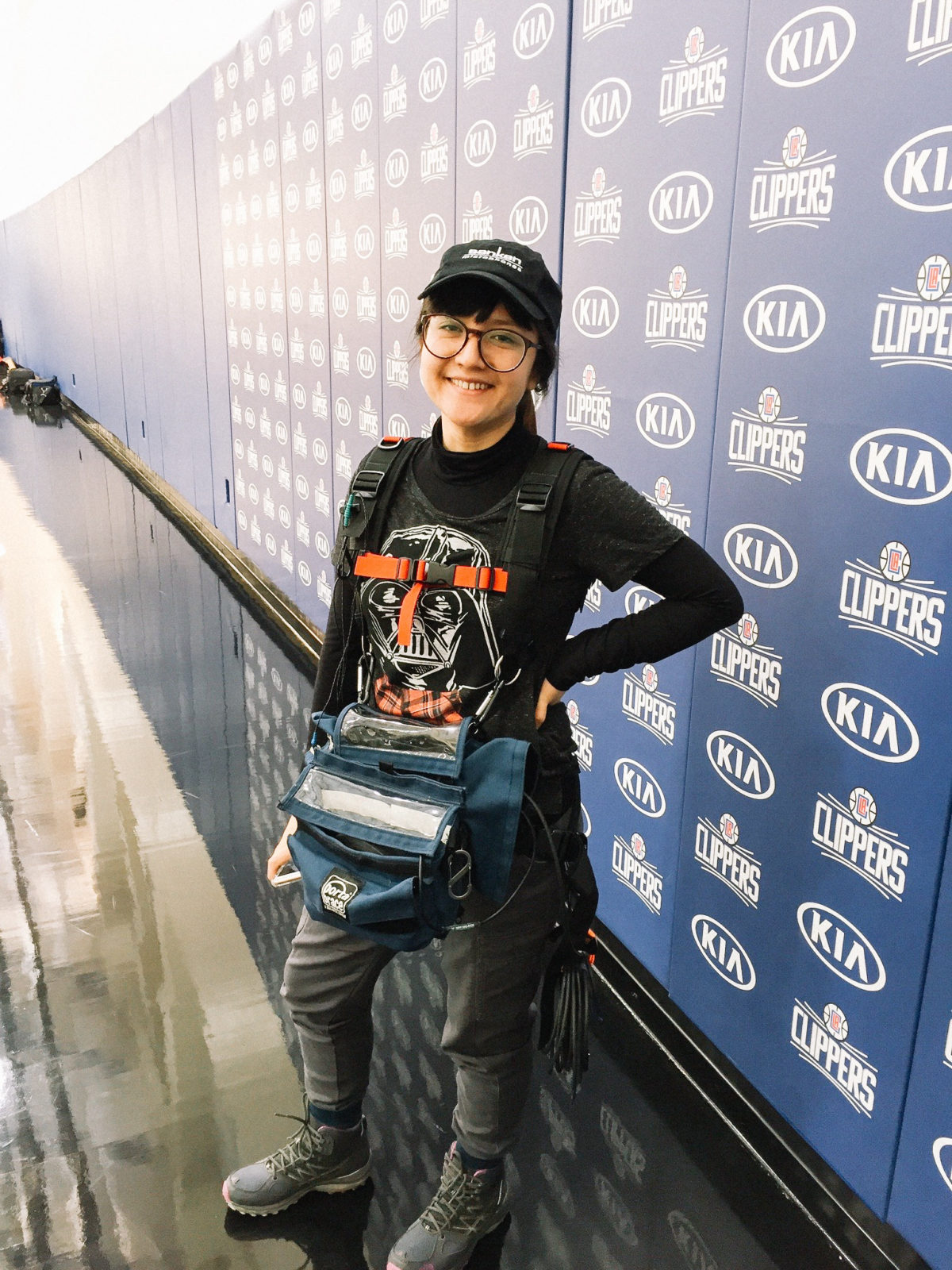 It is very fitting that sound designer Cindy Takehara has had success working on films with a strong musical element. A love for sound and music go hand-in-hand.

Takehara was the sound designer on the film Allegro Scratch, which premiered in July at the Guanajuato International Film Festival in Mexico. The film follows a gifted ballerina recovering after an injury that jeopardizes her career, but she unwillingly discovers a new passion in life, urban art.

“I liked this story. It contains a powerful and positive message about not giving up, even in tough times,” said Takehara. “The combination of music, dance and drama was refreshing.”

The film was directed by Jose Alberto Cerrillo Soto. Even though it their first time working together, Takehara says it was easy to get along with Soto. 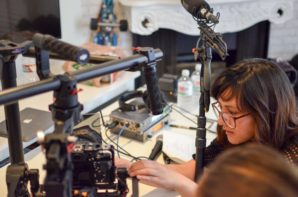 “He was experienced and very professional, and most importantly, he never underestimated sound on set, so communicating and troubleshooting during the film shoot was fast, efficient and smooth,” she said.

Takehara had worked with another of the filmmakers, Cindy Quijada, before. Quijada was so impressed with Takehara’s work previously that she invited her to take part in the film.

“It was very exciting to work on Allegro Scratch, as it was my first time working on a musical drama,” said Takehara. “This film is a combination of narrative drama plus choreography. The actors had a lot of movement, so we had to manage it by changing the microphone position in order to get less clothing noises.”

The importance of good communication between different departments ensures for the best film possible, according to Takehara. This remains true on everything she has worked on, including the film Welcome to Sugartown. The film originally premiered at the Blow-up Arthouse International Film Festival in Chicago last year, but was recognized at the Madrid International Film Festival in July.

“Personally, for overcoming any problem, I strongly believe that a good communication with the director or other creatives working with you will make it a big difference. Our job is to make a film, which is collaborative work, so giving and gathering different ideas can help to improve everything,” she said. “Sometimes a short turnaround makes it hard to complete every detail. It’s been crucial to train myself to work more efficiently within a limited amount of time.”

Welcome to Sugartown follows a sick and elderly man worried about his impending death. He hires a for-profit preacher hoping for a miracle, only to wind up as a babysitter for a gang that kidnaps children. The film gave Takehara the chance to work with music once again. 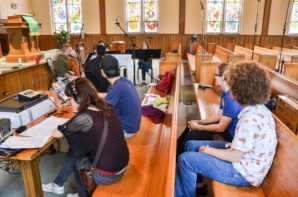 Takehara working in a church while shooting Welcome to Sugartown

“It was exciting to record a chamber music in a church. I had a blast meeting talented musicians,” she said.

One of Takehara’s specialtues is music recording. Achieving a good recording requires good preparation, patience and no technical issues during the recording session. Any technical problem will affect the musician’s concentration and state of mind. It is essential to have a good musician and good space for an acoustic instrument recording.

“Although, it has been a while working as a recording engineer since I got more involved in film sound, I still love recording music. So when I was offered to record a chamber music, it was hard to say no,” she said.

The secret to success as a recording artisan, especially for film score recording is not only knowing the right microphone techniques for each instrument, but also it’s important to know how to read sheet music, according to Takehara.

“We worked remotely from the client, and during the recording session, the music composer wasn’t present, so it was my responsibility to make sure that the musician was following properly the musical styles and music notes, written in the score by the composer,” she said. “Patience was important in order to get the best takes, but having a great musicians helped a lot to achieve a successful recording.”

Takehara plans to never stop learning about new sound tools and technology. She says she plan to keep updating her skills and gears, and continue being a sound artist and film entrepreneur.

“I am excited to leep collaborating with international and independent filmmakers as well as with Hollywood’s top film companies,” she said.

Sound engineer Xiao Hou has worked alongside Takehara on both Allegro Scratch and Welcome to Sugartown. He also has had the opportunity to work with her on the films Remnants and Once.

“Cindy has always been very nice and kind when I was working with her. I always feel impressed by the knowledge she has about audio and sound design. She pays a lot of attention to the details, but at the same time, she’s looking at the bigger picture as well! Very creative, and very serious about what she’s doing. She’s also very honest about her opinion, in order to make it sound right, she will point out whatever problem is there,” said Hou. “That’s the kind of attitude of making a flawless work.”