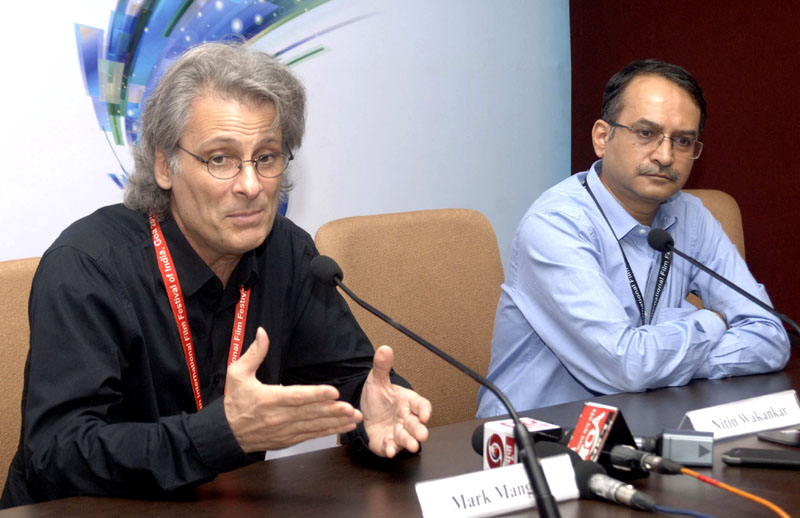 Panaji (PIB-GR-TYP-BIN): A Sound designer is not a mere synchronizer of sound, but is the overall planner with a vision on how to use sound and its effects for storytelling feels the famous Sound Designer and Sound Editor of Hollywood , Mark Mangini. Mark has worked on such notable films as: Raiders of the Lost Ark, Gremlins, Die Hard, Star Trek, Beauty and the Beast, Aladdin, The Fifth Element, The Green Mile, Warrior and Jack the Giant Slayer.

Interacting with the media at IFFI, 2015 on November 23, Mark Mangini said that the sound designer is required to work in close association with the director on every minor detail for effective use of sound in story-telling. Responding to a question whether he missed anything as the technology transformed from analogue to digital, he said that analogue forces you to hear each and every sound and develops as well as disciplines your sense of hearing. A sound can convey different moods and emotions, it can be thrilling or terrifying or pleasant, he explained.

Having grown up a musician, he is avowed of the idea that all organized sound is music. A Boston native, he went to university as a foreign language major but could not ignore his love of film and filmmaking. He moved to Los Angeles at 1976 and landed his first job in the entertainment industry in the sound department of Hanna Babera Studios at the age of 19.

He is currently a sitting governor of the Sound Branch of the Academy of Motion Picture Arts and Sciences.