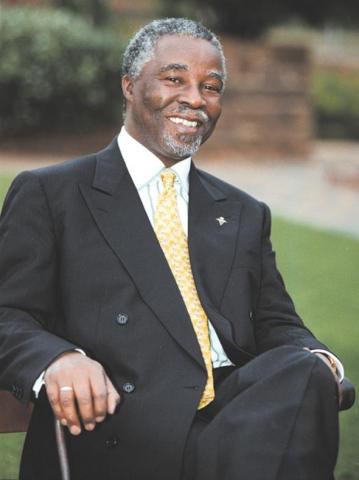 I am afraid when I think about what is recently happening in South Africa, my blood boils for a while. Earlier this year, we were talking about the division in the ruling party African National Congress because of the two camps that cropped up in favor of Jacob Zuma and Thabo Mbeki. Things did not go well for the party at all, and then there was a ANC Youth League saga which also made the South Africans to think other wise for a while.

Something makes me to believe that what is happening recently in the country is the result of Polokwane Conference that was held last year in December. After the national conference, there were provincial conferences around all provinces. If people can realize, most of the premiers who were forming part of Thabo Mbeki camp suffered, they were not elected again for the position of chairpersonships in the provinces; some were also removed from the premierships.
What is happening to Thabo Mbeki is something that is being done in favor of Jacob Zuma. Zuma was sacked by Thabo Mbeki because of corruption charges, now Zuma won the case and the judge made it clear that Thabo Mbeki was involving himself politically within the same case. According to the ANCYL it is Mbeki’s turf to feel the pain that was felt by Zuma the time he was sacked. Fortunately Mbeki is coping very well with everything that is happening, he is not taking the issue very bad.
The issue of massive resignation by ministers is very bad. Outgoing minister in the presidency Essop Pahad will address a news conference later today on cabinet resignations. Government spokesperson Themba Maseko did not want to disclose what is going to be announced but it is believed everything regarding resignations.
President Thabo Mbeki has, to date, received letters of resignation from the following members of Cabinet which, regretfully, he has had to accept:
1. Deputy President
2. Minister of Defence
3. Minister of Finance
4. Minister in the Presidency, Dr. Essop Pahad
5. Minister of Intelligence
6. Minister of Correctional Services
7. Minister of Public Enterprises
8. Minister of Science and Technology
9. Minister of Public Works
10. Minister of Provincial and Local Government
11. Minister of Public Service and Administration

According to the office of the presidency The resignations will be effective from the day that the President’s resignation takes effect. All the Ministers have expressed their availability to assist the incoming administration in the hand-over process and any other assistance that might be sought from them. President Mbeki thanked the Deputy President, the Ministers and the Deputy Ministers for their dedicated service to the nation and wished them well in their future endeavours.
Filed under: Opinion, World
Share Tweet Pin G Plus Email
previous article: Jeanette Sliwinski Will Serve 38 Months for Triple Wreckless Homicide
next article: Carey Torrice Wins TMZ’s “Hottest Politician”