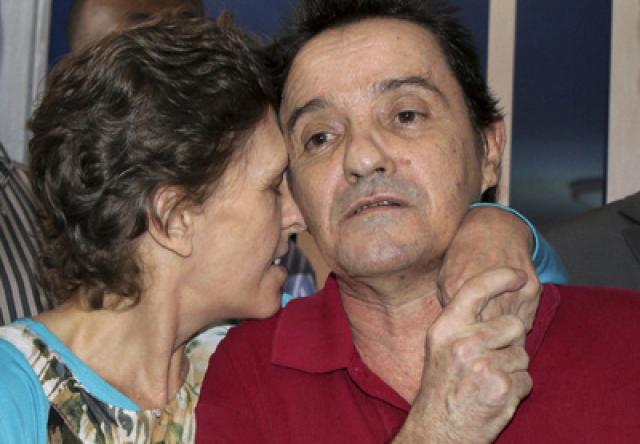 A South African couple was released earlier this week after being held hostage by Somali pirates for almost 20 months.

Bruno Plizzari and Debbie Calitz, from Durban, South Africa, appeared exhausted at a news conference shortly after their release, but nevertheless, Calitz smiled and said, “we are very happy to get our freedom again.”

South Africa’s International Relations Department stated that the two are “in good health,” and arrangements are being made for their return home. According to Calitz’s brother, the couple should be back on “Tuesday or maybe Wednesday next week” after a standard series of medical tests are completed.

After hearing the good news, Calitz’s 21 year old daughter, Kerri-Ann Cross said over phone, “all I know is that she is safe. I am so happy.”

The couple was kidnapped in October 2010 from a yacht off the coast of Tanzania. Although their pirate captors initially demanded a ransom of $10 million for their release, this ransom eventually dropped to $500,000 by March of last year.

Through a joint-effort of South African, Italian and Somali authorities, the couple managed to resume their freedom, though no information was disclosed as to whether or not a ransom was actually paid.