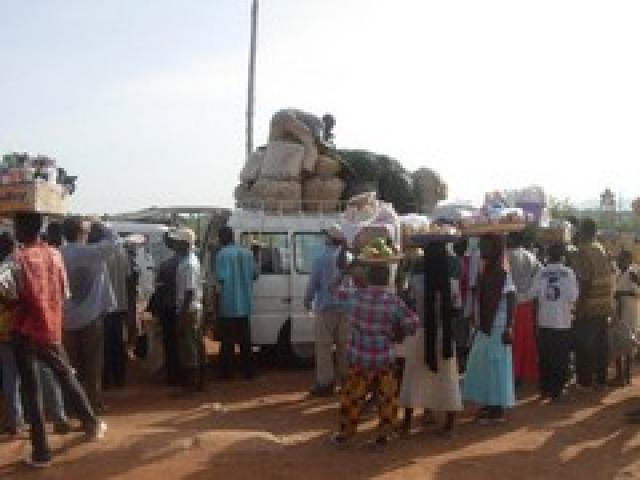 BY NANGAYI GUYSON IN KAMPALA UGANDA, E.AFRICA
Workers in South Africa including Police, teachers, doctors, and nurses have begun a strike demanding an 8.6% pay hike, improved housing subsidies, and other benefits after rejecting the government’s offer of a pay rise. Many schools and hospitals and public offices are expected to be affected.
Unions affiliated with Cosatu, South Africa’s main union federation, have been holding out for an 8.6% rise, more than the latest government offer of 7%.

The government has increased its offer to 7%, but this has so far been rejected by unions, with negotiations continuing until late on Tuesday.

The coalition of unions threatening to strike represents an estimated 1.3 million public sector workers, including government office and judicial employees.

Last week tens of thousands of public sector workers staged marches to hand over their demands to authorities.

Unions representing teachers and nurses were the first to announce that they would join the strike.

"From tomorrow there will be a total shutdown and the beginning of a protracted strike and we will only stop when government responds," said Thobile Ntola, head of the SADTU teachers’ union.

The government has been urging people to turn up to school, but many pupils are expected to stay away on Wednesday having been told not to turn up by their teachers.

Minimal health and policing services are expected to keep running, with employees deemed to be essential forbidden from taking part in strikes.

However, in a township of Johannesburg police were called in to try to break through a picket line that was preventing both patients and health workers from entering the premises.

South African schools have already been hit by spontaneous walk-outs this week, and there have been reports of intimidation and violence.

South Africa has seen a wave of strikes in recent years, though unions have warned that the latest strike could be the largest for several years because it is indefinite.

During the World Cup, hosted by South Africa in June and July, transport and power supply worker unions won pay rises after threatening to strike during the tournament.

Analysts say President Jacob Zuma, who owes his political support to South Africa’s powerful trade unions, is under pressure to appease them while also addressing the country’s budget deficit.