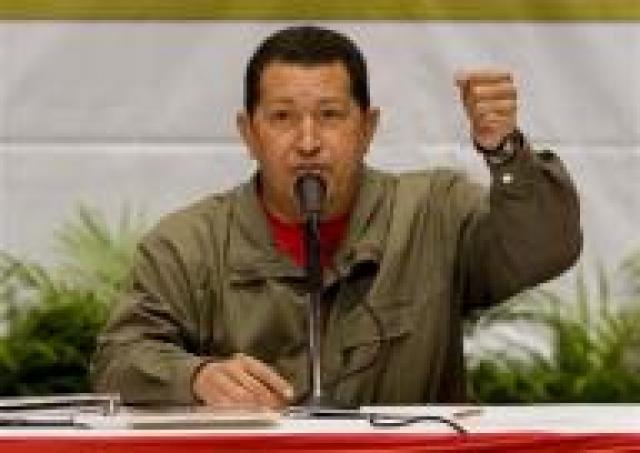 The Americas can release a sigh of relief and breath a little easier today. During a summit in South America, Venezuela, Ecuador, and Colombia all made nice and the harsh rhetoric has ceased. Before this summit Nicaragua had joined sides with Venezuela and Ecuador by severing all diplomatic ties to Colombia. All of this discord was incited by a Colombian incursion to destroy left wing rebels that constantly attack Colombian forces and then seek refuge in the jungles of Ecuador.

The nations of Ecuador and Venezuela were seeking world wide condemnation of the Colombian incursion across the Ecuadorian border but the International community was not willing to outright condemn the action by the Colombian government. Instead, the International community at large believes that the FARC rebels are a terrorist organization. It seems as though this crisis might have gone to full scale war between the three South American nations, but cooler heads prevailed and conflict was avoided.
Reports are being circulated that President Uribe of Colombian was pressured by several South American leaders to apologize the Correa, the President of Ecuador. The summit ended in handshakes and the military buildup at the border of Colombia has been called off. Furthermore, it is likely that Chavez will continue to trade with Colombia, although, the government of Venezuela may see this as a reason to look elsewhere for a trade partner.
Chavez seemed to be more elated over the peace accord than anyone else in attendance. President Chavez stated that, “This summit is a gift from God. We are all happy, Peace. We must unite and integrate.” While this may be a nice sentiment it is not likely that there will be any unifying, or integration between these three countries. We will simply have to call this a respite until the next time.
Sources
http://www.reuters.com/article/worldNews/idUSN0227633020080308?pageNumber=2&virtualBrandChannel=0
Photo
Associated Press
Filed under: Politics, World
Share Tweet Pin G Plus Email
previous article: Are You A Biollionaire In The Making?
next article: TIME