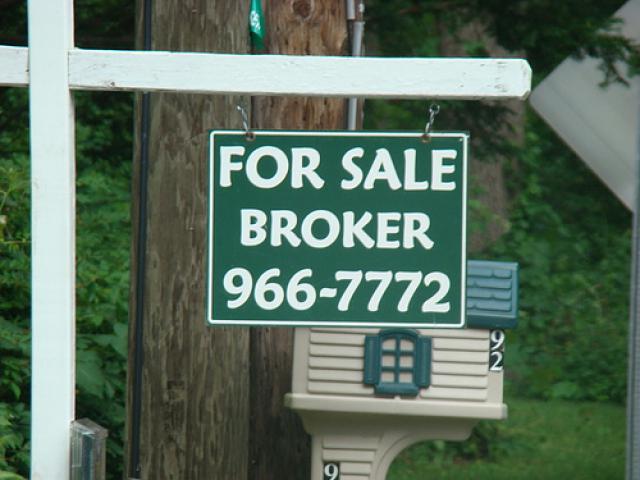 The recent crash in the sub-prime lending market and uncertainty in the future of the mortgage market has many South Floridians on edge watching to see how the coming months will shake out. Possibly even more troubling is how the credit market will affect the condominium industry and the hundreds of construction cranes looming over Miami and Fort Lauderdale.

Over the past months the world has been watching helplessly as the lending market writhes in turmoil and the housing market continues its downward spiral. Years of sub prime lending, lax lending practices and the boom in the housing market, all of which have been extremely prevalent here in South Florida, are the focus of the majority of the blame for the current predicament in the real estate market. Highly reminiscent of the Dot Com bubble of the late 90s, the housing bubble seems to be deflating quickly and investors, brokers, developers and owners are looking to salvage what they can from the market or hold on in hopes that the bottom has already come.

Experts think the market is not even close to the bottom yet and South Floridians still have some troubling times ahead. Over the next 18 months over a trillion dollars worth of adjustable rate mortgages will reset to higher rates for the first time. For many Americans holding those mortgages, monthly payments could double if they are unable to secure fixed rates or refinancing on their mortgages to replace the once attractive adjustable rates. US housing mortgages are already at a record high foreclosure rate and the resetting of a trillion dollars in mortgages will invariably make that rate even higher. Jack McCabe, one of the Nations leading real estate analysts, thinks that South Florida is in for a big storm. “We will see an increasing number of properties going into foreclosure in the coming months”, says McCabe.

The current mortgage crisis brings a sense of despair and impending doom to many South Floridians already overwhelmed by the uncertainty in the South Florida condo market. The same issues that have led to the current financial crisis have worked to fuel the fire in the condominium market over recent years and likewise the crisis has fueled the downward spiral of condos. Pre-construction condominium sales once soared as a frenzy of speculators, investors and end users waited in lines and even slept outside of sales centers attempting to participate in the condo boom at pre-construction prices. Many buyers even bought pre-construction condos well beyond their means expecting to be able to “flip” the units before they were ever forced to close. But now, as more condo buildings near completion, the gluttony and greed in the condo market is working against owners who can’t find buyers for their units in a market which is flooded with condo inventory. Increasingly, those who signed pre-construction contracts are being forced to close on their units or walk away from their deposits. We are starting to see the tip of the iceberg according to Jack McCabe. “An estimated 70 – 80 percent of condo units currently under construction in South Florida were bought by speculative buyers” says McCabe. “We expect that 25 percent or more of those buyers will walk away from their units.” The credit market will be partly at fault for people walking away from their units in the South Florida market. More than 20,000 of the condo units that are being built carry price tags north of $500,000, which requires the buyer to qualify for a jumbo loan. “It is very difficult to find a lender willing to finance a jumbo loan right now,” added McCabe “and the banks are charging 8-10% interest on those loans for people that do qualify.”

This speculative and investment buying in South Florida over the past several years has helped to drive the massive overbuilding of condos here, including those which are now sitting mostly vacant. With thousands of more condos nearing completion over the next two quarters, Peter Zalewski, CEO of CondoVultures.com, estimates that there is a 5 to 7 year supply of condos in South Florida at the current absorption rate. “Many of the units on the market are currently selling at deep discounts” says Zalewski. The CondoVultures database which tracks units discounted more than 10% or $100,000 saw the average unit discount decrease to 20% off listing price in August, from 21% for the 6 month period prior, but Zalewski does not see this as positive. “I am fearful that we are starting to see a false bottom in the condo market now,” says Zalewski, “it is important that the South Florida market continues to bleed until unit prices return to what the market can really bear before the market can truly be healthy again.” There is a shakeout in the market and South Florida is going to have to wait until it has passed to see how long it will take for the oversupply to be absorbed and the market return to normal.

The South Florida condo market isn’t an entire bear though according to real estate expert Richard Swerdlow, CEO of Miami based Condo.com. “Although we are experiencing soft prices and distress in certain projects in the South Florida condo market there is still demand for condo units here” says Swerdlow. “South Florida is continuing to attract foreign and out of market buyers because it is an attractive place to live or own second homes…and right now there are great deals to be had.” There are also areas of South Florida that seem to be somewhat sheltered from the condo slowdown. Certain areas like Fisher Island and ocean front units on Miami Beach are retaining their value better than buildings in lower demand areas. Swerdlow added that “premium buildings in good areas of South Florida will always sell well…developers who overpaid for land and built units in bad locations will be hurt the most from the condo slowdown.”

In the mean time owners who are looking to sell or were looking for a quick flip and can’t find a buyer may have to rent or lease their units until they can find a buyer. However, those who need to sell or rent their condos to avoid foreclosure are finding out how difficult it is to find buyers and renters right now. During the condo boom people were selling or renting their condos with little or no marketing effort whatsoever. A weekend ad in the local newspaper would deliver enough interest from buyers and renters to successfully land a good offer, but that is not the case anymore. The key to successfully marketing condos today is to reach foreign and out of market buyers who have a strong desire to own in South Florida. Swerdlow says that Condo.com does exactly that. “We have created a global syndication network which distributes condos listed on Condo.com to over 20 other top real estate sites around the world” Says Swerdlow. By listing your unit on Condo.com you receive exposure to over 15 million buyers around the world until your unit is sold for less than a 1 month classified ad.

For the time being the housing market is still very gloomy and it remains uncertain when to expect the return of sunny real estate conditions here in South Florida. Right now the experts are predicting that wont be happening anytime soon, as Jack McCabe stated, “It is going to be a while before we see the bottom of this condo market”, until then we will continue to see blood in the streets of South Florida.