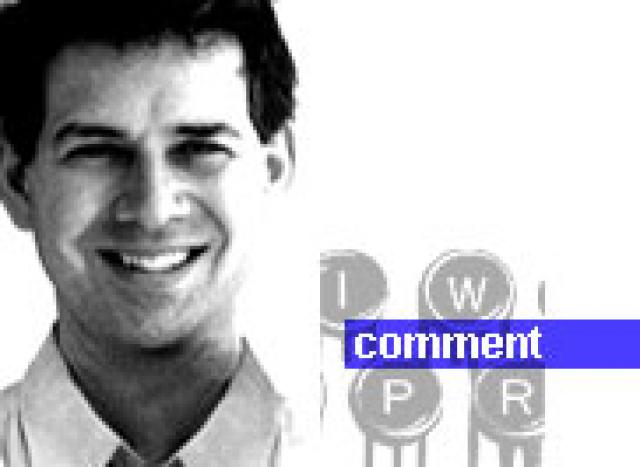 Georgia and Russia have stumbled into a war that need not have happened, and civilians are paying the price.

By Thomas de Waal in London

In the space of a few days, a real catastrophe has unfolded in the Caucasus, sparked by a conflict over a tiny piece of land that could have been averted.

At the heart of this is a massive human tragedy which is not being given its proper weight as too many commentators muse on the geopolitical significance of the conflict.

The place that has suffered most is South Ossetia which is home to both ethnic Ossetians and Georgians, the latter accounting for about a third of the population.

The destruction there has been appalling and it looks as though many hundreds of civilians have died, in the first place as a result of the initial Georgian assault of August 7-8. Gosha Tselekhayev, an Ossetian interpreter in Tskhinvali with whom I spoke by telephone on August 10 said, “I am standing in the city centre, but there’s no city left.”

Ossetians fleeing the conflict zone talk of Georgian atrocities and the indiscriminate killing of civilians.

Ethnic Georgian villages inside South Ossetia have also come under fire, and could now face expulsion as Russian forces push south. Their future must be in grave doubt.

Now, in a second wave of violence, Georgians from Gali in Abkhazia to Gori in the north of the country, are fleeing and dying.

South Ossetia is a tiny and vulnerable place, which last week had no more than 75,000 inhabitants in a patchwork of villages and one sleepy provincial town in the foothills of the Caucasus.

A cynical disregard by both Moscow and Tbilisi for the well-being of these people has triggered this conflict.

On August 7, after days of shooting incidents in the South Ossetian conflict zone, Georgian president Mikheil Saakashvili made a speech in which he said that he had given the Georgian villagers orders not to fire, that he wanted to offer South Ossetia “unlimited autonomy” within the Georgian state, with Russia to be a guarantor of the arrangement.

Both sides said they were discussing a meeting the next day to discuss how to defuse the clashes.

That evening, however, Saakashvili went for the military option. The Georgian military launched a massive artillery attack on Tskhinvali, followed the next day by a ground assault involving tanks.

This was a city with no pure military targets, full of civilians who had been given no warning and were expecting peace talks at any moment.

The attack looked designed to take everybody by surprise – perhaps because much of the Russian leadership was in Beijing for the opening of the Olympic Games. It also unilaterally destroyed the negotiating and peacekeeping arrangements, under the aegis of the Organisation for Security and Cooperation in Europe, that have been in place for 16 years.

Russian peacekeeping troops based in South Ossetia were among those killed in the Georgian assault.

Then came the inevitable response. Moscow cares as little about the South Ossetians as it does the Georgians it is bombing, regarding the territory as a pawn in its bid to bring Georgia and its neighbours back into its sphere of influence.

As recently as August 4, Russian foreign minister Sergei Lavrov – a relative moderate within the Moscow leadership – said, "We will do everything possible to prevent the accession of Ukraine and Georgia to NATO."

Nor could ordinary citizens of South Ossetia feel confident in the government of Eduard Kokoity, which has a reputation for allowing criminality and has engaged in provocative statements and actions towards Tbilisi over much of this summer. It is likely that the de facto authorities in Tskhinvali would long ago have lost power had they not been the rallying point against Georgia.

If politicians had shown more restraint and wisdom, this conflict could have been avoided.

Its origin lies in one of the many majority-minority disputes that accompanied the break-up of the Soviet Union. The Ossetians, a divided people with one section living within Russia on the north side of the Caucasus mountains, and the other in Georgia, generally felt more comfortable with Russian rule than as part of the new, post-Soviet Georgian state. A small nasty war with Tbilisi in 1990-92 led to a declaration of independence but cost 1,000 lives and left a huge legacy of bitterness.

But away from high politics, ethnic relations were never bad. For a decade after South Ossetia’s de facto secession from Georgia in 1991, it was a shady backwater and a smugglers’ haven. The region was outside Tbilisi’s control, but Ossetians and Georgians went back and forth and traded vigorously with one another at an untaxed market in the village of Ergneti.

Then Saakashvili came to power in 2004, with heady promises to restore his country’s lost territories. He closed the Ergneti market and tried to cut South Ossetia off, triggering a summer of violence. Modelling himself on the medieval Georgian king David the Builder, he pledged that the country’s territorial integrity would be restored by the end of his presidency.

He sought to tear up the far-from-perfect Russian-framed negotiating framework for South Ossetia, but failed to come up with a viable alternative.

For their part, the Russians upped the stakes and baited their bête noire Saakashvili by effecting a “soft annexation” of South Ossetia. Moscow handed out Russian passports to the South Ossetians and installed its officials in government posts there. Russian soldiers, although notionally peacekeepers, have acted as an informal occupying army.

Saakashvili is a famously volatile risk-taker, veering between warmonger and peacemaker, democrat and autocrat. On several occasions international officials have pulled him back from the brink.

On a visit to Washington in 2004, he received a tongue-lashing from then Secretary of State Colin Powell, who told him to act with restraint. Two months ago, he could have triggered a war with his other breakaway province of Abkhazia by calling for the expulsion of Russian peacekeepers from there, but European diplomats persuaded him to step back.

This time, he has stepped over the precipice.

The provocation is real, but the Georgian president is rash to believe that this is a war he can win, or that the West is happy to see it happen.

Both President George Bush and Senator John McCain – now Republican presidential hopeful – have visited Georgia and made glowing speeches in praise of Saakashvili. But Washington is now caught in a bind – it is supportive of Tbilisi, looking for ways to stop the war, but also keen not to get involved in a conflict with Moscow.

The reaction across much of Europe will be much more one of exasperation. Even before this crisis, a number of governments, notably France and Germany, were talking of ‘Georgia fatigue’. Though they broadly wished the Saakashvili government well, they did not buy the line that he was a model democrat. The sight of his riot police tear-gassing protesters in Tbilisi and smashing up an opposition television station last November dispelled that illusion.

And they have a long agenda of issues to discuss with Russia which they regard as more important than its post-Soviet quarrel with Tbilisi. Paris and Berlin will now say they were right to urge caution on Georgia’s NATO ambitions at the recent summit in Bucharest. When the dust settles, there will be angry words with Tbilisi as well as with Moscow.

Both sides deserve to be loudly condemned. The focus of the humanitarian concern has now shifted to the territory of Georgia proper, with reports of dozens of civilian casualties from Russian air-raids and a mass flight from the town of Gori, to the south of South Ossetia.

The concern now is that Moscow is using the plight of the Ossetians as cover for its ambitions to overthrow the government of Saakashvili. There is almost certainly a debate going on within the Russian leadership about how far to go in Georgia – whether to stop now and claim the moral high ground in South Ossetia, or carry on and effect “regime change” in Tbilisi, ignoring western outrage.

The signs are that the hawks, in the shape of former president and current prime minister Vladimir Putin, who has virtually a personal feud with Saakashvili, are in charge. Putin reacted angrily to events from Beijing many hours before President Dmitry Medvedev made a public statement. And it was Putin who flew down to Vladikavkaz, the capital of North Ossetia, to coordinate the Russian handling of the crisis and made the ominous comment that the Georgian people would “pass objective judgement on their own leadership”.

Another area of great concern is Abkhazia, where there are reports that Russia has sent in thousands more troops, much exceeding the 3,000 peacekeepers it is allowed to keep there under the terms of the 1993 ceasefire agreement.

There are reports that Abkhaz and Russian troops are pushing into the Upper Kodori Gorge, the only area of Abkhazia under Georgian control. And there will be fears for the more than 20,000 ethnic Georgians living in the southern Abkhaz region of Gali who live in a precarious position, caught between Tbilisi and the de facto authorities in Sukhumi.

Diplomatically, the real problem in this crisis is that there is no obvious mediator who would be perceived as impartial.

The Russians, who hold a formal mediating role in South Ossetia, are now a party to the conflict. Western NATO countries, and particularly the Americans, are seen as friends of Georgia.

For the conflict to begin to end, all parties must state clearly that this is in the first place a humanitarian tragedy for civilians – both Georgian and Ossetian – and promise impartial help and support for all those who are suffering.

Thomas de Waal is IWPR’s Caucasus Editor. An earlier version of this article was published in The Observer on August 10.