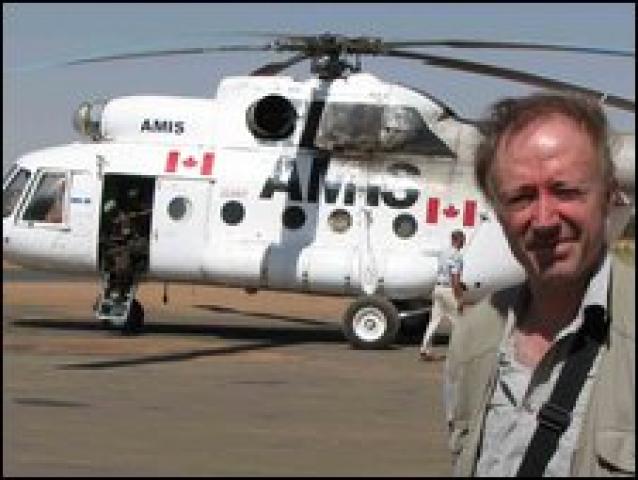 Southern Sudan leader Salva Kiir has appealed for calm and stability in the Africa’s largest country as International Criminal Court (ICC) prepares whether to issue arrest warrant against Sudanese President Omar Hassan al-Bashir over his alleged war crimes in Darfur.

In a statement issued in Nairobi on Wednesday, Kiir who is also Sudan’s Vice-President said the Sudanese should not view the ICC move as a crisis but rather as an opportunity to consolidate peace, justice and stability in the country.

Kiir called on the Sudanese to continue championing peace by protecting every citizens and foreigners in the country amid fears of retaliation against a joint African Union-UN peacekeeping force.

"The announcement may not mark the end of the ICC issue. This matter may hang on for sometime but it certainly will not mean the end of our country, the Sudan or government. We must move beyond tomorrow," Kiir said in a statement.

His statement came as ICC judges are due to respond to a request by the court’s chief prosecutor Luis Moreno Ocampo for an arrest warrant for Bashir on charges of war crimes in the Darfur region of western Sudan.

But the Sudanese president defiantly dismissed the charges at a rally in the capital, Khartoum on Tuesday, telling his supporters that the court should "eat" the arrest warrant.

"They will issue their decision tomorrow … this coming decision, they can prepare right now: they can eat it (the warrant)," Bashir told a crowd of cheering supporters in northern Sudan on Tuesday.

Some political analysts fear workers of international organizations in Sudan may be harmed if the ICC issues the arrest warrant.

"I trust that our armed forces and law enforcement agencies shall respect the basic rights of the people, maintain law and order and uphold and abide by the constitution," Kiir said in a statement.

He assured that Unity Government would continue to provide security and protection to foreigners and visitors in Sudan.

"We must continue facilitating the peacekeeping missions of the United Nations, the Africa Union and all the humanitarian agencies. We will continue to carry out our daily work normally. We must and will continue to treat ourselves and foreigners with that legendary hospitality and civility for which the Sudanese are renowned," said Kiir.

Tensions are reportedly high in Sudan as Khartoum awaits Wednesday’s ICC decision. Khartoum has vowed to protect foreign missions and UN staff but warned that it may not be able to control reactions by outlaws.

The African Union and the Arab League have warned the warrant could destabilize the region, worsen the Darfur conflict and threaten an already troubled peace deal between northern Sudan and the semi-autonomous south.

Some western embassies have also warned their citizens of the potential for violent protests if Bashir is charged.

In his statement, Kiir appealed to international community to continue maintaining peace and supporting post-conflict reconstruction in the Sudan, warning that the collapse of the Sudan will have dire consequences for the region.

"All the Sudanese are hurt by the accusations against him and therefore wish to see a peaceful end to the crisis. This may happen tomorrow (Wednesday) if the court dismisses the case or it may not happen should the court decide that there is a case to answer," he said.

"As we await the ICC announcement, I trust that brother Bashir will rise up to the challenge and react with statesmanship. I appeal to the rank and file of National Congress Party and Sudanese of all walks of life to give him the necessary support during this difficult time," said Kiir.

The African Union has called on the UN Security Council to suspend the arrest warrant against the Sudanese president contending that workers of international bodies could be in jeopardy.

Bashir’s government is accused of playing a key planning role in the Darfur conflict, which has killed some 300,000 and displaced 2.5 million civilians over the past five years.

If the warrant is granted and an arrest carried out, President Bashir would become the first sitting head of state to be hauled before the ICC since the court opened in 2002