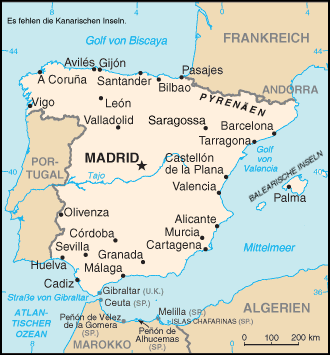 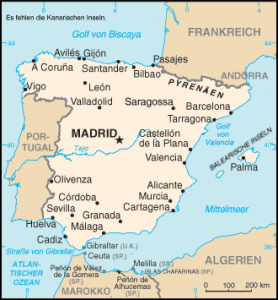 It seems that Spain is not very happy. According to a study by Carlos III University in Madrid [1] (uc3m) [es], Spaniards rank 49th in happiness out of the 112 countries polled.

kdmskdfnwkjdThis happiness index [2] (pdf) is based not on subjective questions, but on “revealed preferences,” using migration as a standard; that is, what people do, not what they say. Per Juan de Dios Tena [3] [es], a statistics professor at Carlos III University: “Migration flows are closely linked to psychological issues related to happiness,” that is, people tend to leave a country if it lacks the conditions for their happiness, in favor of someplace where they think they can be happy.

The researchers took into account both economic and non-economic factors of happiness, which overlap with what can be considered the determining factors of migration: absolute and relative income, demographic and social characteristics, social development, relationships with others and characteristics of the place where one lives, as well as variables like distance or a common border and language.

Considering all these factors, and led by Hong Kong, Singapore and New Zealand, Spain is 49th out of the 112 countries in the ranking, followed by Mexico, Iran and Costa Rica, among others. In last place are countries like Afghanistan, South Africa and China.

Tena also claims that migration flows don’t just depend on the possibility of finding work, as is commonly thought, but are also influenced by pollution, terrorism and economic inequality, variables that psychologists consider determinants of happiness.

The study concludes that well-being cannot be solely measured by per capita income and notes that good policies increase the willingness of people to live in their country, while bad ones reduce that willingness.

Here are some relevant Tweets:

Spain is far from the top ranking of happiness per the UC3M.. we’re not even laughing ,,clearly we are things aren’t for that now