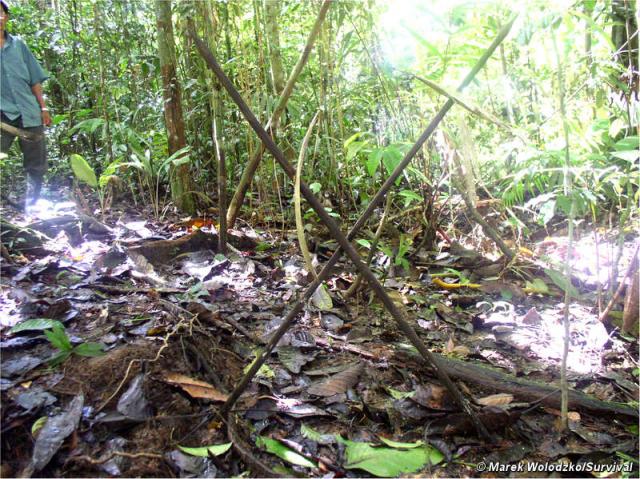 Repsol’s plans were revealed in a report recently sent to Peru’s Energy Ministry, which will now decide whether to approve the project. Cutting seismic lines, a key part of oil exploration, involves clearing paths through the forest and detonating explosives at regular intervals.

The area where Repsol hopes to work, known as Lot 39, is home to at least two of the world’s last uncontacted tribes, who could be decimated if contact occurs between them and the company’s workers. Repsol has already carried out some preliminary exploration in this area in the past, when it recommended its workers defend themselves from potential attack from the tribes by using a megaphone: ‘If peaceful contact and understanding can’t be reached and the attack continues, try to establish communication using a megaphone.’

If Repsol finds commercially-viable quantities of oil, a pipeline would be required to help transport it from the remote Amazon to a terminal on Peru’s Pacific coast. Plans for a pipeline have just been made public by Anglo-French company Perenco, which has already found large oil deposits in the region.

Lot 39 includes large areas of a proposed reserve for uncontacted Indians, and indigenous organization AIDESEP is suing the companies for working there. Recent research by a large team of environmental scientists published in the journal PLoS ONEconcluded that this region is one of the most biodiverse in the world.

Survival director, Stephen Corry, said today, ‘What would the uncontacted Indians in this region make of seismic lines and heliports? They’re likely to respond in one of two ways – either by fleeing, or by attacking people they will view as hostile invaders. Either way, the consequences will be profoundly damaging. Repsol and the Peruvian authorities should know by now that you simply can’t look for oil in rainforest belonging to uncontacted Indians in a safe manner.’