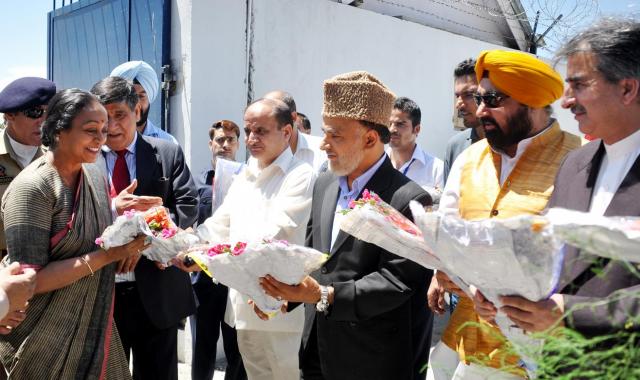 Ms. Meira Kumar shall inaugurate an exhibition titled  “Legislatures in : The Pillars of Democracy” in the premises of and Kashmir Legislature Complex. She will also inaugurate a Photo Exhibition organized by the J&K Information Department regarding developmental activities undertaken during the present coalition Government led by Chief Minister,  Omar Abdullah.

The presiding officers Conference is being held in J&K for the 4th time. Previous Conferences were held in the State in 1954, 1970 and 1987.