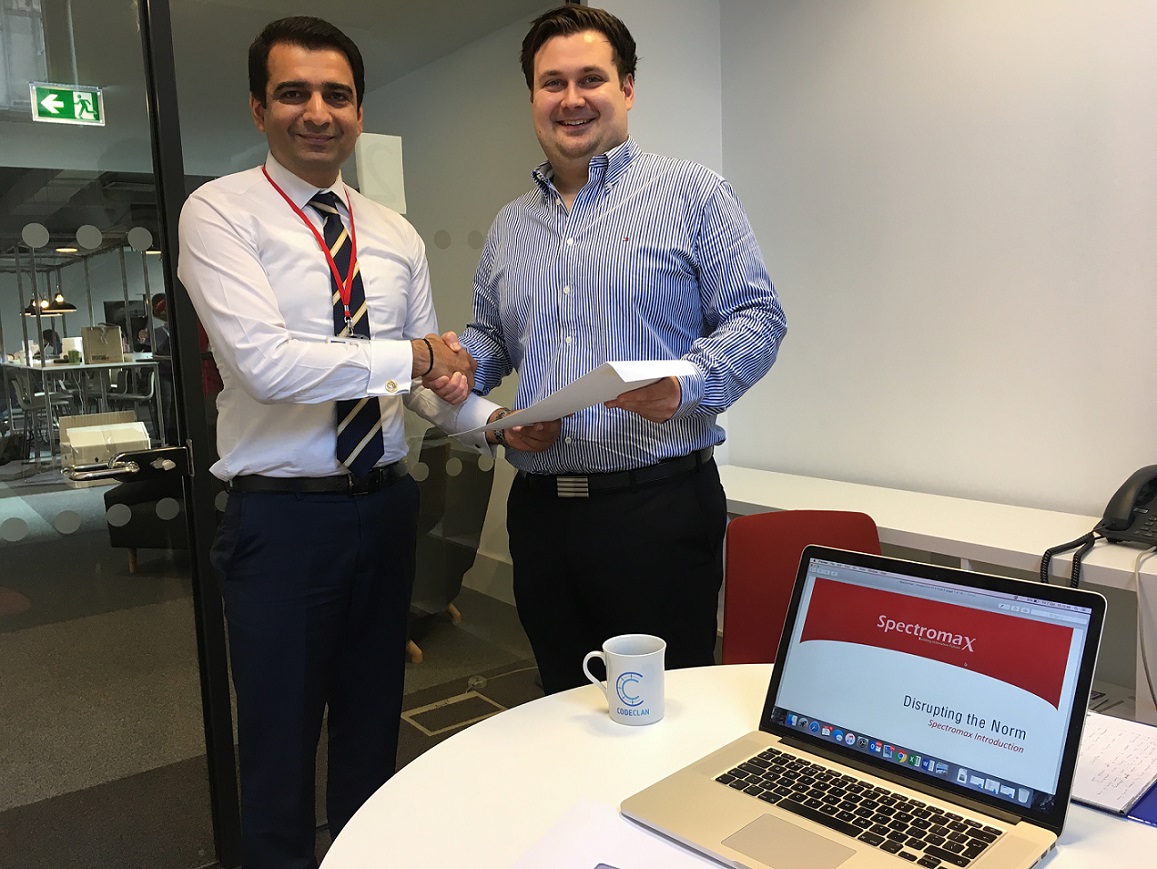 London, 27 October 2016 – Spectromax Solutions Ltd., the IT project and software development specialist, has today announced its new hire, Lewis Johnston, as junior java developer who was previously trained on a CodeClan software development course. He will be based in Edinburgh and joins the company as part of Spectromax’s recruitment hiring initiative in Scotland.

Previously working in Aberdeen’s oil and gas industry, Lewis Johnston wanted a career change that would open up new opportunities and see him gain sought after skills. Following an intensive four month course with CodeClan in Scotland learning to code and building applications, he will hone his practical skills at Spectromax with the intention of gaining a professional development award in the near future.

“Taking the plunge to switch careers was no easy decision,” said Lewis Johnston, junior java developer at Spectromax. “With a growing number of jobs available in the IT sector, however, and companies such as Spectromax and CodeClan which are supporting training initiatives, I feel very supported in my ambition to start a new chapter of my work-life. Learning how to code has been hugely rewarding and I’m looking forward to being a fully fledged member of the Spectromax team.”

Spectromax is a long time advocate of building digital skills in Scotland. It supports a number of programmes that aim to train new engineers and correct the skills gap that sees many UK technology jobs go unfilled. The company has also made a commitment to hiring local and offering them a true ‘living wage’.

“We’re thrilled to be in a position to offer new coders like Lewis the chance to develop their skills in the real world,” said Bhuwan Kaushik, CEO of Spectromax. “Practical, hands-on experience is invaluable for those relatively new to the IT sector. We aim to support Lewis throughout his career by pairing him up with experienced engineers and giving him experience of applying these new skills in a business environment.”

“Businesses like ours have a responsibility to try and actively correct the skills gap that is currently draining the UK economy of resources, jobs and investment. There are many pieces to this puzzle; changes need to be made to the education system and to training programmes, but we also need to work to create jobs that the UK workforce can fulfil now. By hiring fledgling engineers and coders, we hope to do our bit in correcting the skills gap,” concluded Kaushik.