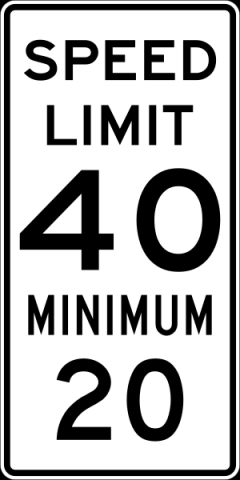 The speed limit for vehicles plying on the VIP Road in Calcutta has been fixed at 20-40 Km/hr. The new speed limit will come into effect from 15th July 2008.

Previously the vehicles use to ply at more than 100 km/hr and at this speed a lot of overtaking and racing goes on.

This speed limit has been fixed after taking into consideration of an accident in which 20 passenger of a speeding bus were killed on VIP Road. The accident occured as a results of the skidding of the speeding bus. The bus skidded and felled into the Bagjola canal.

This enforcement of speed limit will help to avert future accident which might results due to speeding vehicles plying on the VIP road stretch. No vehicles can go more than 40 km/hr.

From the begining  of 2008 till date there has been a lot of acccidents in which around 36 lives had been lost.

This new law is being enforced by the officials of the Transport and PWD departments. This departments will put a lot of signs boards on the VIP Road stretch to educate the drivers about the new speed limits.

Filed under: Music & Film
Share Tweet Pin G Plus Email
previous article: A Buddhist perspective on the Bush disaster
next article: Steps on the Proper Threading of Sewing Machines