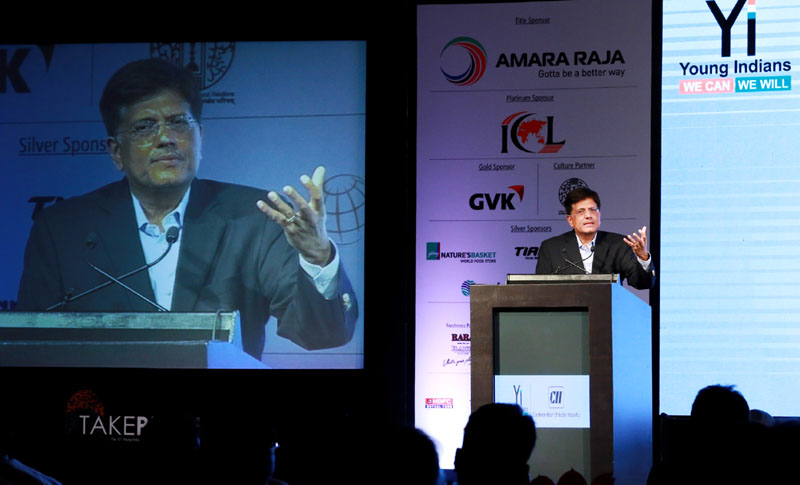 New Delhi (PIB-GR-TYP-BIN): “India is poised for decadal double digit growth in the days to come and is poised to become a superpower with a billion plus happy people. India has the potential to transform and can move into the big league very rapidly if we leverage the economies of scale bring in greater degrees of transparency and monitor work that has been undertaken,” said Mr. Piyush Goyal, Minister of State (IC) for Power, Coal and New & Renewable Energy. He was speaking at the session, “Making India a Global Economic Superpower” at the Conference on Young Indians on March 25.

However, adding the caveat of the need to ensure equal opportunities for people at the bottom of the pyramid, Mr. Goyal said, “We cannot become a super economic power unless the person at the bottom of the pyramid gets equal opportunity to study, to be skilled and has the opportunity to move towards a better quality of life. To my mind, lack of electricity access in villages across the country is a serious concern for us as a nation. There are about 50 million homes which do not have access to electricity. In Arunachal Pradesh, there are about 808 villages which lack electricity access. While we are now working on building a grid in Sikkim and Arunachal, it will take time. Hence, we are looking at off-grid solutions in the interim.”

Emphasizing on the importance of working together he said, “The Government and the youth need to work together, ideate together and implement the ideas together and work as a team we can take the fruits of development to the bottom of the pyramid.”