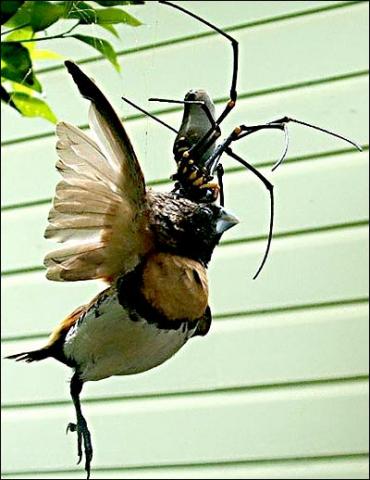 Sometimes nature stuns us with its work and action. This is one such thing which happened in Australian Reptile Park where a spider ate a bird which got stuck while flying in the spider’s web.

"It wouldn’t eat the whole bird. It uses its venom to break down the bird for eating and what it leaves is a food parcel," said Joel Shakespeare, who works as head spider keeper.

Greg Czechura, who works in Queensland Museum said the behavior is "well known but rare" as large insects are the usual prey caught in their very strong webs, which are high in protein. An attack on the bird was likely mounted after it weakened.