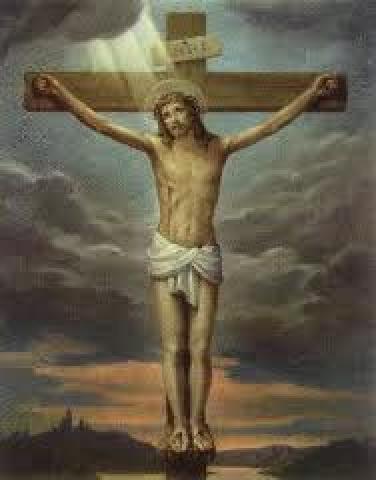 In ROMANS:10:9-10; The apostle Paul teaches to the Christians in Rome the key to salvation from sin and from death:

“That if thou shalt confess with thy mouth the Lord Jesus, and shalt believe in thy heart that God raised him from the dead, thou shalt be saved. For with the heart man believeth unto righteousness; and with the mouth, confession is made unto salvation.”

Here Paul is teaching the people in a plain and simple manner that ones salvation from sin and death can be easily achieved and that all one has to do is to, by faith, first believe in your heart that God raised Jesus from the dead, and then to openly confess your faith your belief, believing that Jesus is alive.

In making this declaration, by faith one also believes and declares that Jesus was crucified for the remission of sin, all sin, as salvation and a return to sanctification and glorification before God the Father and before Jesus can only be achieved through a sacrificial offering for our sins and Jesus becomes the sacrificial “Lamb”.

In JOHN:3:15-18 Jesus spells out the only path to salvation and spiritual eternal life in heaven, with God.

“That whosoever believeth in him(meaning Jesus) should not perish, but have ever lasting life. For God so loved the world that he gave his only begotten Son, that whosoever believeth in him should not perish but have everlasting life. For God sent not his son into the world to condemn the world; but that the world through him might be saved. He that believeth on him, is not condemned: but, he that believeth not is condemned already, because he hath not believed in the name of the only begotten Son of God.”

In JOHN:10:30 and in JOHN:10:37-38; Jesus declares himself as one with God. In other words Jesus is saying that he and the Father in heaven are one and the same that he Is God in the form of flesh.

In JOHN:11:25-26; Jesus tells Martha, sister to Lazarus; “I am the resurrection and the life: he that believeth in me, though he were dead, yet, shall he live. And whosoever liveth and believeth in me shall never die.”

In JOHN:14:9 Jesus Tells Phillip one of his disciples who asks to see God the Father “He that hath seen me, hath seen the Father.