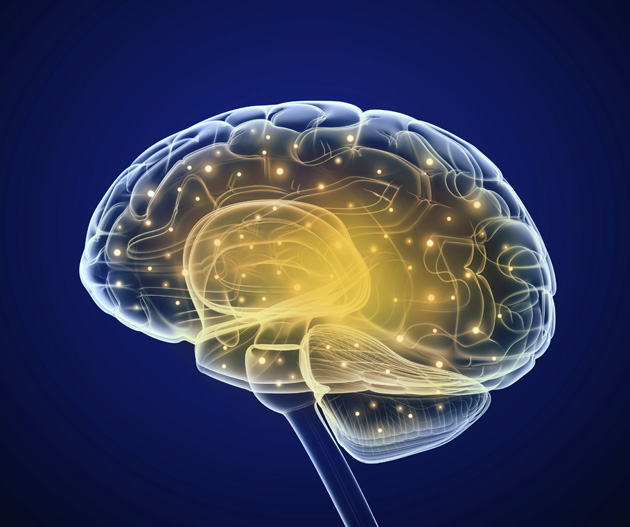 Sports are a huge part of American culture. Not only are they deeply ingrained in education, community values, and political agencies, they’re also indispensable to the US economy and mass media. The industry is expected to be worth $78.53 billion by 2021.

But beyond the riches there is a darker side to American sports, one which has cost the NFL more than $500 million in claims in less than 2 years. Concussions on the playing field are leading to athletes developing brain injury, specifically a neurological disorder called chronic traumatic encephalopathy (CTE).

The risks of developing neurological issues as an athlete are shockingly high. In June 2017, a study on 202 former footballers, from high school to NFL athletes, found evidence of brain disease in almost all cases. But, despite a major sporting body like the NFL offering compensations, is enough being done to prevent this from happening?

CTE is a brain condition that occurs as a result of repeated concussions. A concussion is a form of traumatic brain injury that affects how well your brain functions, although the effects are generally temporary depending on the severity of the blow to your head. Most people make a full recovery following a concussion.

For those who suffer repeated blows to the head, such as footballers or wrestlers, a build-up of an abnormal protein called tau can build in the brain, as well as the triggering of progressive degeneration of brain tissue. This is known as CTE and leads to memory loss, confusion, erratic behaviour, aggression, depression, and over time, progressive dementia.

Those who play contact sports are considered high-risk for suffering from CTE. Sports with the highest risk include boxing, football, soccer, and ice hockey.

It’s difficult to confirm if an athlete is living with CTE as it’s usually diagnosed in autopsy. However, in a paper published in 2017, researchers managed to accurately diagnose CTE in a living person based on an experimental brain scanning technique. While the subject of the breakthrough study was not named, it was later reported to be NFL star Fred McNeill, who died in 2015.

Lawsuits are bringing CTE into the spotlight

A growing list of former athletes are suing their respective leagues for the concussions suffered during their sporting careers. Whether this is with the NHL or NFL, many ex-athletes have claimed to be experiencing brain damage as a result of the concussions, and some are even claiming the leagues did not do enough to protect against the dangers of head trauma.

The NFL is struggling to keep up with the growing list of former players demanding compensation. Over 2,000 claims have been filed in less than two years, according to the official NFL concussion settlement website.

Meanwhile, the NHL is involved in a settlement worth $18.9 million, with each player opting in set to receive $22,000. The maximum any single NHL player is eligible to receive in the deal is $75,000, and that’s only after the claimant tests positive on at least two of 13 cognitive assessment exams. With this in mind, many athletes and their families are turning to pre-settlement lawsuit funding developed purely for concussion settlements, and other sport-related injuries.

Major sporting bodies are not protecting their athletes

The NHL is paying out a significant amount less than the NFL in terms of total lawsuit settlement cost, but this is because the league has long denied the link between hockey and brain damage. For years, NHL commissioner Gary Bettman has fought against retired hockey players in court, trying to have cases dismissed while questioning the evidence linking brain trauma with concussions.

For many years the NFL also took a similar stance on cognitive decline in ex-athletes. It wasn’t until 2009 that the league and its committee agreed that there is a long-term effect to suffering a concussion. However, even with the settlement cost, many former players are claiming that the deal is “settlement in name only”.

A court filing by a group of former footballers who were part of the initial lawsuit against the NFL has claimed that the league isn’t meeting the obligations of the settlement. According to the filing, only six out of 1,100 dementia claims had been paid out, despite the NFL projecting that 430 would be paid within the first year of the settlement agreement.

In terms of protecting its current and future crop of talent, the NFL is working with businesses to develop a new helmet that protects the brain more than a standard helmet. The ZERO1 helmet has been proposed as the answer to the concussion crisis, with a “deformable” shell with inner layer columns designed to absorb the impact of collisions. But critics have hit out against the helmet, explaining that the NFL is simply funnelling money into a project that can’t come close to protecting the brain in the way it needs.

On the flipside, there are some sporting bodies cracking down on the risk of concussion within athletes. WWE are leading the way in managing the risk of CTE. The professional wrestling league has barred a number of dangerous moves such as the curb stomp and the piledriver, both of which could cause serious head trauma to victims.

WWE also offers fully-funded rehabilitation to all performers, and even stopped Daniel Bryan from continuing to perform after deeming him at risk of CTE, even after multiple doctors cleared him. The 34-year-old wrestler announced his retirement from the industry in 2016, citing multiple concussions as his reasoning.

Research on CTE is fairly thin at the moment, but many experts agree that one of the factors affecting the extent of the disease is the age someone is exposed to head injuries. It’s not just in adults that the condition develops. Four teenage athletes who died from either suicide or brain swelling had their brains analysed as part of a post-mortem, and all showed evidence of sport-related trauma. Two of the brains showed accumulations of tau proteins, while one brain was diagnosed with stage 1 CTE.

Many professional athletes will start focusing on their careers during high-school and college. However, now that the risks of CTE have been brought into the public consciousness, the number of football players among students has been dropping. Participation in high school football peaked in 2008 with 1.11 million players. By 2017, this had dropped by 5% to 1.06 million players. Famous faces including the likes of former President Barack Obama and Justin Timberlake have publicly announced they don’t want their children to play professional football.

It’s not enough for major sports leagues to simply provide helmets for players. The long-term effects of concussion prove that there needs to be more protection in place for NFL and NHL athletes, whether this is by changing game rules, improving safety equipment, or even calling time on a players’ career altogether.

Filed under: Health & Science
Share Tweet Pin G Plus Email
previous article: How to Consume Cannabis Without Smoking It
next article: Startup Funding Keeps Rising: Is This Sustainable?